Waukegan police arrested Undra Bailey, 30, in the area of routes 137 and 41 in North Chicago Monday, October 24, 2016. Bailey was taken into custody Monday without incident. Bailey is the suspect in only one of two separate homicides that occurred in Waukegan over the weekend, police announced Tuesday. The homicide is not believed to be connected to a second homicide that occurred on Sunday night, October 23, 2016, according to Waukegan police. 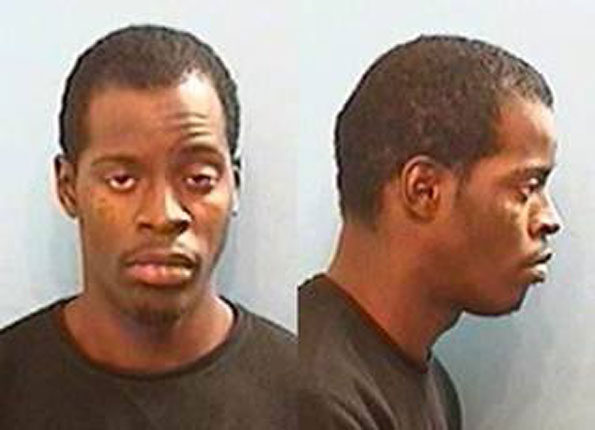 Bailey, who was described by police as homeless, was arrested Monday in connection with the murder of John Collins, 28, of North Chicago, who was fatally shot in an alley on South Jackson Street about 2:30 p.m. Saturday, October 22, 2016.

Waukegan patrol officers responded to the block of 800 South Jackson Street about 2:30 p.m. Saturday to a report of a shooting in an alley. On arrival, officers located Collins, who was transported by Waukegan Fire Department paramedics to Vista Medical Center in Waukegan. Collins was pronounced dead a short time later at Vista Medical Center. The suspect was initially connected to a vehicle described as a late 1990’s black Dodge Durango with a passenger window covered with plastic. A female black subject was reported to have been driving the Dodge Durango, and the shooter was described as a male black with a thin build, and wearing a brown jacket.

Bailey is charged with two counts of murder and is being held on $2.5 million bail in Lake County Jail. He is scheduled to appear in bond court November 17, 2016.

In the second homicide, Waukegan police responded about 8:30 p.m. Sunday to a report of shots fired in the block of 1500 11th Street. While police were responding to the shots fired call, a second caller reported that a victim was shot and lying in the street.

The victim was identified as Michael Q. Sierra, 23, of Beach Park. He was transported by Waukegan Fire Department paramedics to a local hospital and pronounced dead.