CIA: “Take a Peek Into Our X-Files”

On January 21, 2016, the CIA released thousands of declassified documents on flying saucers, aliens and other unexplained phenomena, saying,”We’ve decided to highlight a few documents both skeptics and believers will find interesting.”

The CIA article proclaimed: ‘Below you will find five documents we think X-Files character Agent Fox Mulder would love to use to try and persuade others of the existence of extraterrestrial activity.’

“To help navigate the vast amount of data contained in our FOIA UFO collection, we’ve decided to highlight a few documents both skeptics and believers will find interesting. Below you will find five documents we think X-Files character Agent Fox Mulder would love to use to try and persuade others of the existence of extraterrestrial activity. We also pulled five documents we think his skeptical partner, Agent Dana Scully, could use to prove there is a scientific explanation for UFO sightings.”

One of the photos released and documented from Minnesota in October 1960, which remains unexplained to this day, has a remarkable similarity to a sighting by this author (Mark D. Bostrom) in the late-1960s in north central Arlington Heights near Palatine Road and Arlington Heights Road in Arlington Heights, Illinois. 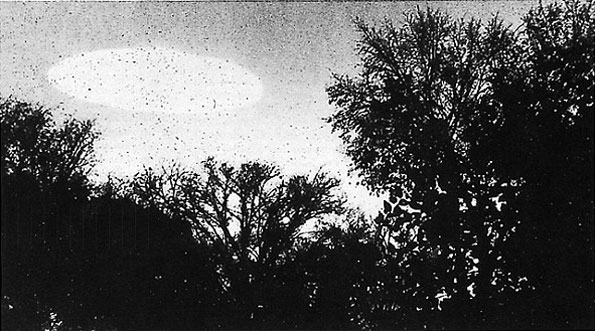 Black-and-white UFO documented in October 1960 in Minnesota and released by the CIA in January 2016. To this day, this photo remains unexplained. 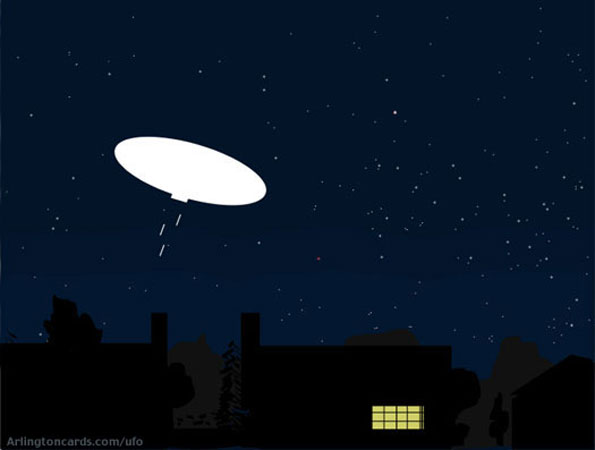 UFO artwork created in Adobe Photoshop by the author of this article in March 2005 — created to document from memory a sighting of a flying disk in the late 1960s.

The black-and-white photo of a white disk released by the CIA looks remarkably similar to bluish-white disk that was witnessed in a flight from northeast to southwest just south of Palatine Road and just east of Arlington Heights Road.

The disk was flat and dimensionless, and was a bright bluish-white — just like the brightest part of a lightning bolt. A buzzing, sparking noise coincided with erratic dashes that ejected from a rectangle that was at the rear of the disk relative to the direction the disc was traveling. The disk was not rotating, and was remarkable because, although the dashes coming out of the end of the disc seemed irregular, the disk was moving very smoothly. Although the disk sounded like a craft in trouble, there was no lurching, no yaw, no pitch, no rolling of the disk. The disk simply cruised across the sky in a dedicated straight-line pattern until the sighting was lost on the horizon of rooftops of houses on the west side of the street.

The following morning, WGN Radio announcer Wally Phillips gave a news account of numerous sightings overnight of UFO’s traveling in two’s and three’s from Minnesota to Florida and states in between. The exact year, day and date of the Arlington Heights UFO sighting was not recorded and is unknown, but the sighting probably occurred between 7:00 p.m. and 10:00 p.m in the year 1969.

Some experts speaking on the media explained that the sightings were possibly ball lightning.

More Details
The UFO disk was a bluish-white illumination very similar to the color appearance of lightning. There were no distinguishing marks or configurations, except a rectangle at the rear of the object. The altitude of the object appeared to be about as low as any aircraft that use the 14L runway approach to O’Hare International Airport (maybe 1,000 to 2,000 feet), but there is no way this was a conventional aircraft. O’Hare runway 14L/32R was about 7.8 miles from the observed location. The buzzing, sparking noise did not have a noticeable delay from the sighting of the coinciding ‘dash’ ejecting from the rear of the described rectangle (which indicates close proximity, considering the speed of sound). Also an audio panning effect from left to right was noticed as the ‘dash’ ejected from left to right, and the disk cruised from right to left. The noise volume also faded as the light intensity of the ‘dash’ faded. The ‘dashes’ numbered about six (but could have been greater along the whole path in the sky) and ejected in an irregular rhythm. Each ‘dash’ faded to darkness (no longer visible a few seconds after leaving the disk) with a trail about 1.0 to 1.5 times the diameter of the disk in a line directly opposite the direction of travel of the disk. Assuming the dashes were some sort of propulsion-related objects and ejecting irregularly, it immediately seemed ironic that the UFO was cruising along very smoothly. Because of the high azimuth of the object at its nearest path, it was impossible to detect a vertical dimension of the object. The disk did not pulsate, did not change size or shape, did not change color or light intensity, and did not show any change regarding pitch, roll or yaw. The sighting of the straight-line path of the UFO lasted less than 15 seconds. The object cruised across the sky at about the same speed that passenger jets pass by in the sky.

Central Intelligence Agency Take a Peek Into Our “X-Files”

Daily Mail The truth really IS out there: CIA releases thousands of declassified ‘X-files’ on aliens, flying saucers and other unexplained phenomena

RT CIA releases X-files on aliens, flying saucers ‘for Agent Mulder to use’