The driver of a 2005 Honda CR-V was killed after the small SUV crossed the centerline and crashed into an ambulance that was transporting a patient. Jitendra Shah was transported to St. Alexius Medical Center in Hoffman Estates where he was pronounced dead. His 53-year-old passenger was

Streamwood police and firefighter/paramedics responded about 4:07 PM Sunday to a crash with multiple injuries at Sutton Rd and Tall Grass Court Streamwood, Il. Police and firefighter/paramedics received a report that a private ambulance crashed with a small SUV at the intersection. The first responders were updated that people were trapped in the SUV. Two occupants of the Honda CR-V suffered life threatening injuries.

Streamwood crews on arrival reported a possible extended extrication operation. Four patients were transported to St. Alexius Hospital in Hoffman Estates, and one patient was transported to Level I Trauma Center Advocate Lutheran General Hospital. Two people in the small SUV were immediately evaluated and were found to be seriously injured. Three people were injured in the crashed ambulance –two EMTs or paramedics were transporting one patient in a Trace private ambulance when the crash occurred. When Streamwood firefighter/paramedics arrived, the Trace EMT/paramedics were continuing care for their patient.

A total of six ambulances responded to the scene to transport five patients.

Extra crew members were required for Advanced Life Support during transport of two of the patients. A Flight for Life Helicopter was initially requested to respond and take a Landing Zone (LZ) on Sutton Road north of the crash scene, but the helicopter was diverted to St. Alexius when their designated patient’s condition worsened. That patient was transported by ground ambulance (Elgin Ambulance 1) to St. Alexius. The helicopter did land on Sutton Road just north of Tall Grass, and then flew to St. Alexius in case the patient required transfer to a Level I Trauma Center. That patient, Jitendra Shah, was pronounced dead at St. Alexius Hospital.

Police began preparing for an extended Accident Investigation scene by 5:30 p.m. The Major Case Assistance Team (MCAT) truck arrived for the accident investigation at about 5:40 p.m.

Sutton Road was closed during rescue and accident investigation between Schaumburg Road and Golf Road/Bode Road. 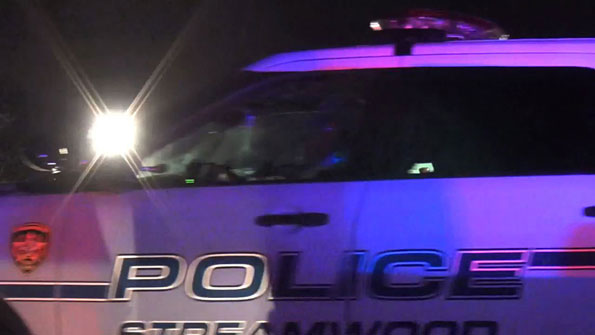