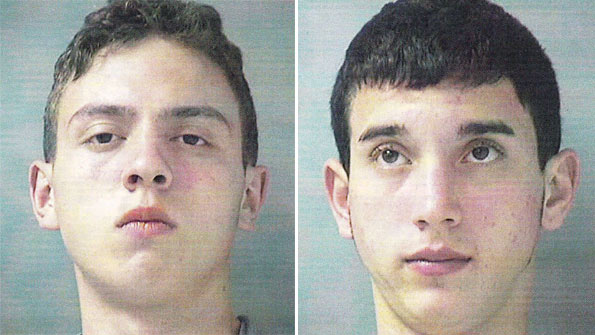 SPD detectives have been investigating 11 burglaries to businesses in Schaumburg that all fit the same pattern. Seven burglaries took place on July 5th, one on July 16th, and three on July 17th. Yesterday detectives developed information indicating that the Panoski brothers were suspects in these burglaries.

Both suspects were located by SPD detectives and taken into custody. Through further investigation, enough information was developed leading approval of the charges.

Both subjects were transported to the 3rd District Cook County Court in Rolling Meadows for a bond hearing this afternoon. Members of the public are reminded that this arrest and complaint contains only charges and is not proof of the defendant’s guilt. A defendant is presumed innocent and is entitled to a fair trial in which it is the government’s burden to prove his or her guilt beyond a reasonable doubt.