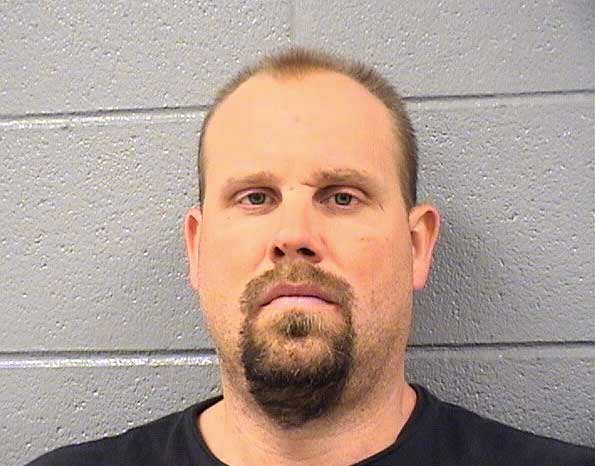 Michael Seyller, 39, an East Dundee police seargeant, already facing a weapons charge and domestic battery charge in Carpentersville and a felony battery charge in a small Wisconsin town north of Madison, was arrested by Carpentersville police officers at his home in the block of 6500 Pine Hollow Road after he allegedly violated an order of protection at an unspecified location in Arlington Heights. The violation of order of protection involved “an illegal third-party communication involving juveniles” at an unreleased location in Arlington Heights.

May 2013
On May 2, 2013 East Dundee police sergeant Michael Seyller was held on a misdemeanor battery charge and a felony weapons charge after he was arrested at the home of a female that he knows.

Seyller was accused of hitting the woman at about 12:53 a.m. Wednesday April 24, 2013 in the block of 6500 block Pine Hollow Drive in Carpentersville. The woman reported to Carpentersville police that Seyller slapped her in the head and face during an argument. She sustained a bloody nose and a bump on her head.

Kane County Judge John Barsanti reduced Seyller’s bail from $100,000 to $25,000, and also ordered Seyller to wear an alcohol monitor, and to avoid contacting the woman he is accused of battering. He posted bond and was released on Thursday, May 2, 2013.

April 2013
The weapons charge is related to an incident in which Seyller allegedly carried a loaded shotgun while walking on a Carpentersville sidewalk on April 6, 2013.

March 2013
Seyller was charged with substantial battery after he broke another man’s nose and knocked out his two front teeth during a March 1, 2013 bar fight at the Dellwood Pavilion — a steakhouse/bar in Friendship, Wisconsin. Friendship, Wisconsin (pop. 725) is in Adams County Wisconsin, near Castle Rock Lake north of Madison.

Seyller told Adams County Sheriff’s deputies that an intoxicated man (the battery victim) approached him in the bar, and that he (Seyller) told him to leave him alone. Seyller said the man approach him quickly, and that Seyller hit him first because he feared that the man was about to hit him. Video surveillance reviewed by the Adams County Sheriff’s police resulted in a report that contradicted Seyller’s report and described additional details.

According to an Adams County Sheriff’s police report, which included review of the video surveillance, Carpentersville Apparently after the victim approached Seyller, Police Sgt. Mark Brandts, who was with Seyller at the bar, grabbed the battery victim from behind in a double arm bar, and held him away from Seyller. A double arm bar involves holding or locking both upper arms of the victim behind his back with the forearms of the person in control standing behind the victim and holding the victim’s arms in the lock with the controller reinforcing the lock with a hand lock of their own hands. Seyller then approached the victim and punched him again, when the battery victim’s hands were restrained behind his back. Seyller approached the victim multiple times after they were separated and continued to hit him. Brandts attempted to hold Seyller back, but Seyller continued to attempt to hit the battery victim.

Seyller has been on administrative leave from East Dundee Police Department for at least seven months related to unspecified off-duty conduct.