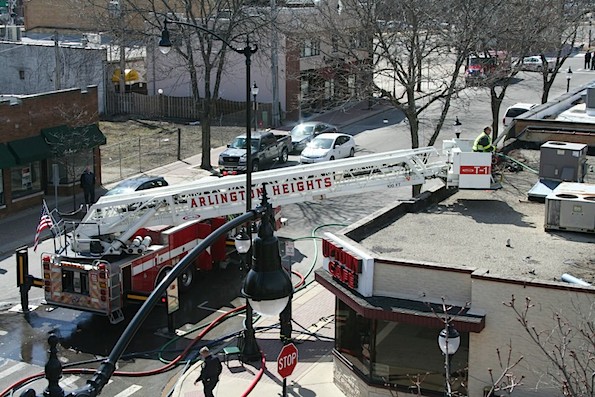 Arlington Heights Fire Department Tower 1 to the roof at Uptown Cafe for a fire that ignited on the roof while roofers were working (More photos …).

Firefighters worked an aggressive attack on the roof, sometimes using saws to get at charred areas and make sure no fire was spreading.

Firefighters called for a working fire response and the fire was extinguished quickly. Most of the work on the scene involved inspecting the roof and cutting away charred areas.

The restaurant was evacuated immediately and no injuries were reported.

Owners hope to re-open as soon as possible. Many loyal customers came to the scene to wish the owners and staff good luck and offer their support. 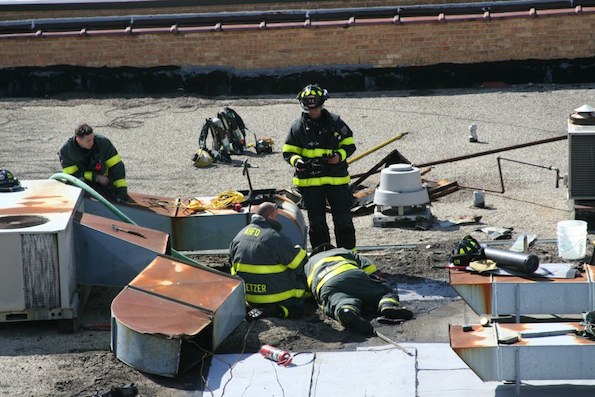 Firefighters cut through the roof to check for hidden fire and to confirm the fire was out (More photos …). 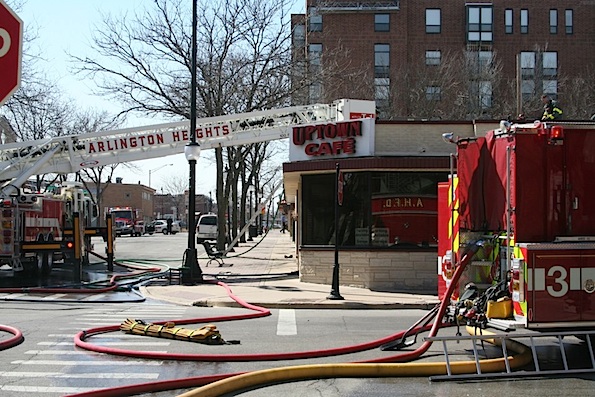 Some damage inside the restaurant will require cleanup and restoration (More photos …).

Map of area of fire …