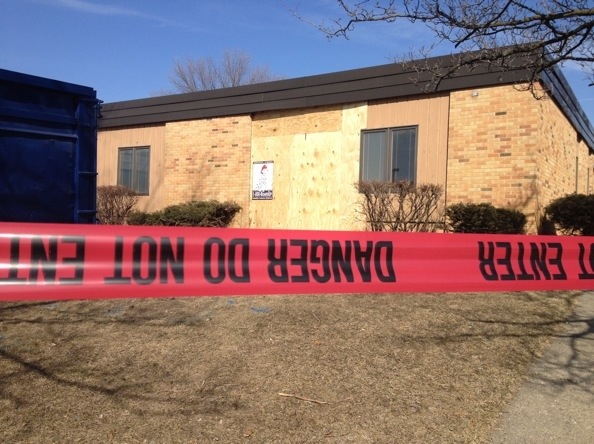 Roselle police and Illinois State Police were involved in the police pursuit, which entered Elk Grove Village traveling eastbound on Biesterfield Road. The pursuit started after a Cook County Sheriff’s deputy witnessed a hit-and-run car vs. fence crash. Cook County terminated the pursuit or lost the vehicle, but Hanover Park police discovered the vehicle and a chase resumed.

Building maintenance was requested at the scene but no extra alarm fire department response for structural collapse was requested.

About 11:11 p.m. firefighters reported a light haze in the main hallway of the school with a smell of something burning. The driver was removed from the vehicle about 11:18 p.m. and transported to a local hospital. At that point firefighters concentrated their efforts on shutting off the vehicle, and ventilating carbon monoxide out of the school. Firefighters also isolated electric power and water from the affected area.

Students are on Spring Break this week. 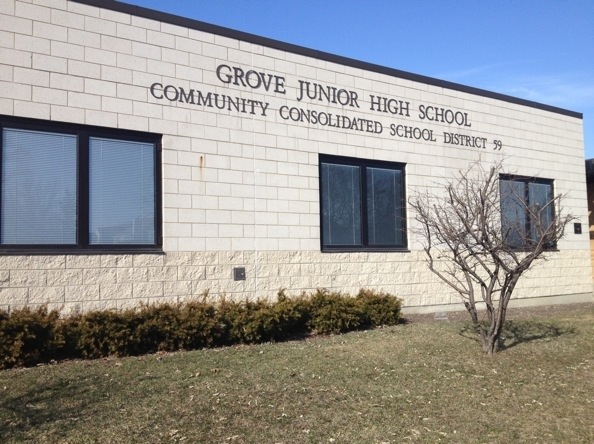 Grove Junior High hit by a car in a police pursuit.