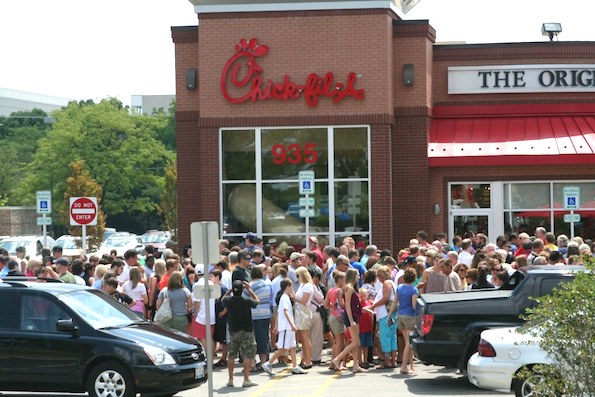 A new Chick-fil-A is scheduled to open on February 21, 2013 in Mount Prospect at 950 North Elmhurst Road, The front of the restaurant faces Randhurst Village on the west side of Elmhurst Road, and just northeast of McDonald’s near the corner of Rand Road and Elmhurst Road. The parking lot is off of Rand Road, and is located where the former Greg Hahaj Personal Training center was located.

In 1961, after 15 years in the fast food business, S. Truett Cathy (current Chick-fil-A Chairman and CEO) found a pressure-fryer that could cook the chicken sandwich in the same amount of time it took to cook a fast-food hamburger. Following this discovery, he registered the name Chick-fil-A, Inc. The company’s current trademarked slogan, “We Didn’t Invent the Chicken, Just the Chicken Sandwich,” refers to their flagship menu-item, the popular quick-serve or fast-food chicken sandwich.

The origin of Chick-fil-A can be traced to the Dwarf Grill (now the Dwarf House, which is a restaurant opened by S. Truett Cathy in 1946. The restaurant is located in Hapeville, Georgia, a suburb of Atlanta,[

The first Chick-fil-A opened in 1967 in the food court of the Greenbriar Mall, in suburban Atlanta. As of 2012, there area about 1,000 stand-alone Chick-fil-A locations. 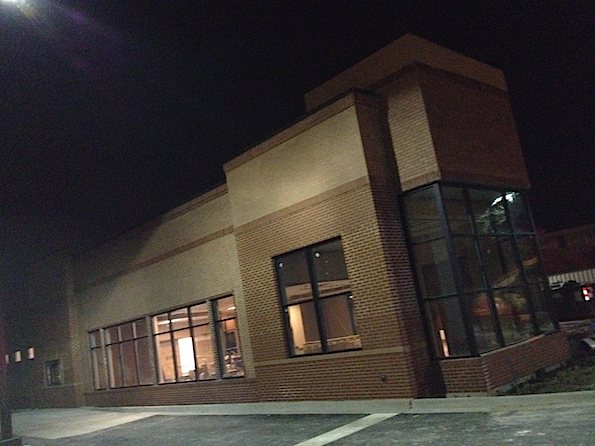 There are six other Chick-fil-A restaurants near the northwest suburbs. Chick-fil-A is also at some universities, hospitals, and airports through licensing agreements.