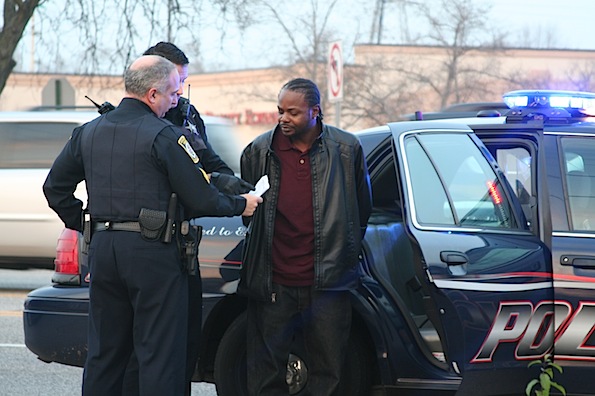 Arlington Heights police responded about 3:42 PM Tuesday to a report of a theft that just occurred at Burlington Coat Factory, 30 West Rand Road. Police received a report that two females took items from a shopper’s purse. When the victim approached the two females, a third male subject pushed the victim, and the three offenders fled.

All three subjects ran behind FedEx (former FedEx Kinkos) and behind a dumpster in the rear parking lot. The female in the pink jogging suit emptied her bag behind the dumpster. A black Hyundai getaway car pulled to the front of the FedEx to pickup the subjects. No description available on the driver.

Police corner the suspects in the black Hyundai just as the suspects attempted to get away. Police immediately checked the back of the FedEx for store items or other items. Police announced four subjects in custody about 3:45 p.m. While responding, police received excellent, detailed updates from a witness about the location and actions of the suspects. 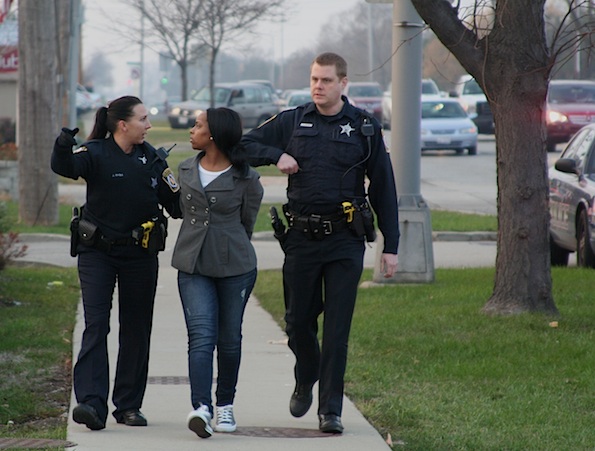