South Barrington police and Barrington Countryside firefighter/paramedics about 3:00 PM Friday recovered the body of Vance Nwankwo, 25, in a pond near his home near Penny Road and Bartlett Road in South Barrington. Firefighter divers searched two ponds near his home a little over one week after he was reported missing on November 1, 2012. He was last seen by a cab driver, who dropped him off near his home in the Spring Creek subdivision, after picking him up at Drink Nightclub in Schaumburg on October 30, 2012. Nwankwo’s boot was found near a mailbox in front of his home, where he lived with his family. Vance Nwanko had attended a Halloween party at Drink Nightclub, 871 East Algonquin Road in Schaumburg. He was dressed as “The Hulk” — his body, hair, and beard painted green with dark circles around his eyes. He was wearing a dark shirt and a beaded neckless.

An autopsy is scheduled for Saturday by the Cook County Medical Examiner. The death is under investigation.

Nwankwo was loved by many, including family and friends, and customers and co-workers at Jewel-Osco, where he worked. Over 1,400 people worked on helping to find Vance by becoming involved in a Facebook page — http://www.facebook.com/HelpFindVance. 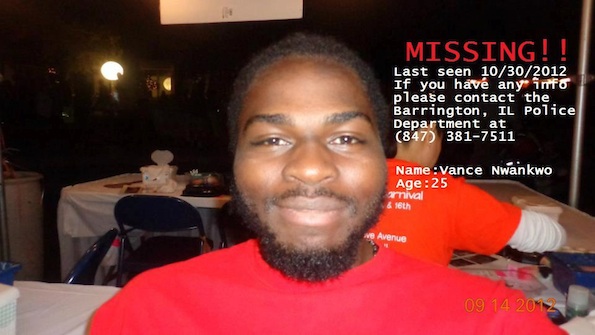 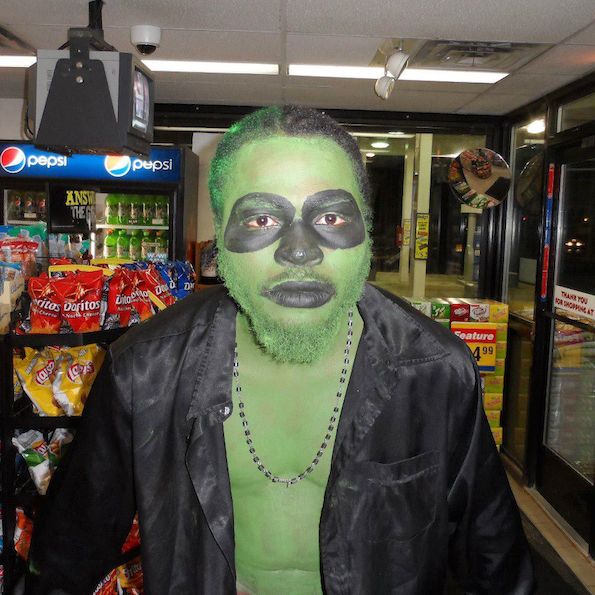 Vance Nwankwo as THE HULK.