Felix Baumgartner landed safely about 1:15 p.m. CDT (12:15 MDT) after breaking records for highest jump, highest manned balloon flight, and possibly the speed of sound (waiting for confirmation of MACH 1 or 768 mph in free fall). Preliminary data suggests that Baumgartner reached Mach 1.24, or 833.9 mph. The record is subject to analysis by The Fédération Aéronautique Internationale (FAI), which is the world governing body for air sports and aeronautics and astronautics world records.

Over 8 million people watched the event live on YouTube — a record for most concurrent views on YouTube.

2.5 Hours Up; Excerpts of the mission Sunday when Fearless Felix Baumgartner jumped from the platform of a space capsule that had reached an altitude of 128,100 feet above the Earth. The entire mission was broadcast on LIVE STREAM with over 8 million people watching on YouTube http://www.youtube.com/redbull and http://www.redbullstratos.com

Red Bull Stratos is a mission to the edge of space that surpassed human records that have existed for more than 50 years. Supported by a team of experts, Felix Baumgartner undertook a stratospheric balloon flight to more than 120,000 feet / 36,576 meters and made a record-breaking freefall jump to become the first man to break the speed of sound in freefall (an estimated 690 miles / 1,110 kilometers per hour), while delivering valuable data for medical and scientific advancement.

CGI Graphic simulation of Supersonic Freefall. Red Bull mission control reports they’re on a weather hold due to winds at 700ft – the top of our giant balloon. Next update expected soon. Launch not possible before 1:30 EDT/12:30 CDT/11:30 MDT/17:30 GMT.

Felix Baumgartner, 43, took off at 9:30 a.m. MDT (11:30 a.m. EDT/1530 GMT). A giant 30 million-cubic-foot thin plastic helium balloon lifted a space capsule/jumping platform containing the skydiver. Ascent was expected to last about 2.5 to three hours, while the descent is expected to last about 15-20 minutes — with freefall lasting about 5 minutes.

Red Bull Stratos — First Attempt of Parachutist to Break the Sound Barrier
Felix Baumgartner was scheduled to attempt to go supersonic when he jumps from a record altitude of 23 miles (37 km or 120,000 feet) over New Mexico. Following a weather forecast for bad conditions on October 5, 2012 the jump attempt was rescheduled for October 9 2012. The jump finally occurred on Sunday, October 14, 2012. The drop zone or landing zone is in Roswell, New Mexico.

Felix Baumgartner (born April 20, 1969) is an Austrian skydiver and a BASE jumper. “BASE” is an acronym that stands for four categories of fixed objects from which one can jump: buildings, antennas, spans (bridges), and earth (cliffs). Most BASE jumps are made from less than 600m (2,000 feet).

Baumgartner is renowned for the particularly dangerous nature of the stunts he has performed during his career. In 1999 Baumgartner claimed the world record for the highest parachute jump from a building when he jumped from the Petronas Towers in Kuala Lumpur, Malaysia. Baumgartner set the world record for the lowest BASE jump ever (95 feet), from a hand of the Christ the Redeemer statue in Rio de Janeiro. The height to the head of the statue is 130 feet. The statue stands on top of the Corcovoado mountain at 2,300 feet. 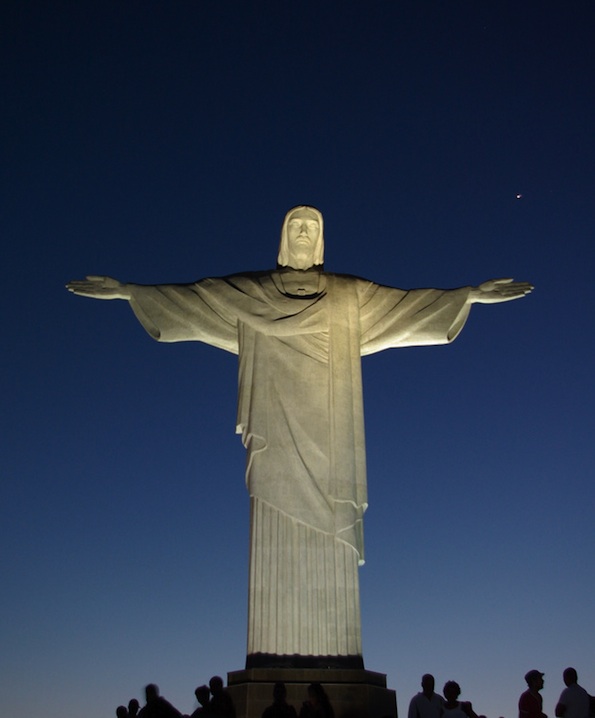