Field sobriety test at Rand Road and Beverly Lane after police stopped a vehicle that reportedly contained a female choking another female.

Mount Prospect police received a report about 8:08 AM Saturday of a battery or disturbance going on inside a vehicle at the intersection of Kensington Road and Wheeling Road. Police received a report that one female was choking another female inside a vehicle. A concerned motorist followed the vehicle and updated the police with location information. The vehicle was next reported at Kensington Road and Brentwood. The vehicle turned right on Rand Road and headed westbound on Rand Road. The concerned motorist lost the vehicle as it turned in near Home Depot and headed toward the Costco parking lot. Next the motorist saw the vehicle again heading west on Rand Road passing Euclid Avenue. The motorist reported that police were approaching from behind as the vehicles passed Camp McDonald Road on Rand Road. Mount Prospect police and Prospect Heights police stopped the vehicle on westbound Rand Road at Beverly Lane.

The motorist that witnessed the battery also stopped to talk to police. A woman with blond hair was apparently arrested DUI after a field sobriety test on the sidewalk at Rand Road and Beverly Lane. She was transported in custody and in handcuffs to Mount Prospect Police Department.

No word on whether she was also the suspect that the concerned motorist reported was choking another woman. Another woman with brown or black hair was also in the vehicle — a gray sedan. The sedan was towed to a police holding area. 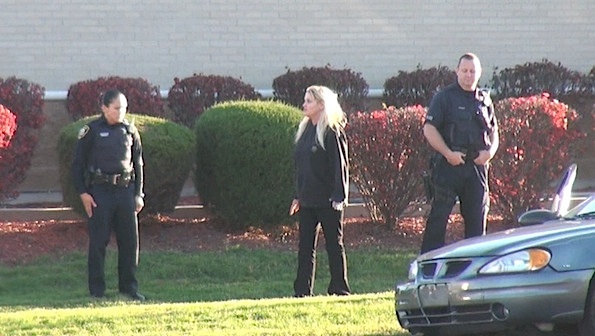 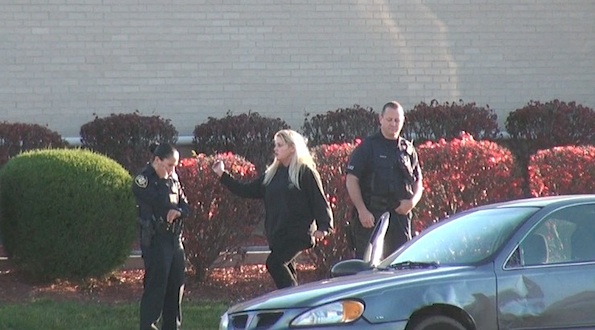