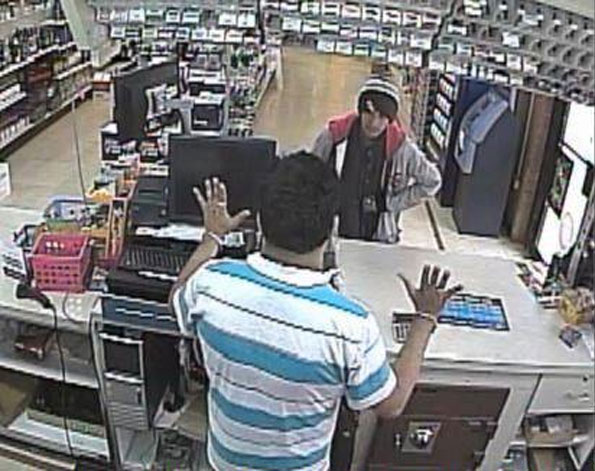 Schaumburg police responded about 2:53 PM Friday to an armed robbery at a liquor store in the 2300 block of West Schaumburg Road at the Cornium Plaza strip mall. Police received a report that a man entered the liquor store about 2:51 p.m. armed with a handgun and demanded cash. A store clerk gave the offender an undisclosed amount of cash.

The offender was described as a male/Hispanic about 20-years-old, 5’4″ with a black mustache wearing a black Chicago White Sox knit cap with white stripes, a light-gray colored zippered sweatshirt with a pink hoodie lining and Chicago Bears logo, a red undershirt T-shirt, and black pants. He was initially described as wearing a striped shirt, but surveillance video images do not appear to show a striped shirt.

The offender was last seen heading southbound toward Hanover Park’s jurisdiction on Knollwood Drive on a BMX type bicycle.

Schaumburg police urge any citizens that may recognize the offender or who have any information related to the crime to contact the Schaumburg Police Department Investigations Division at 847-882-3534. 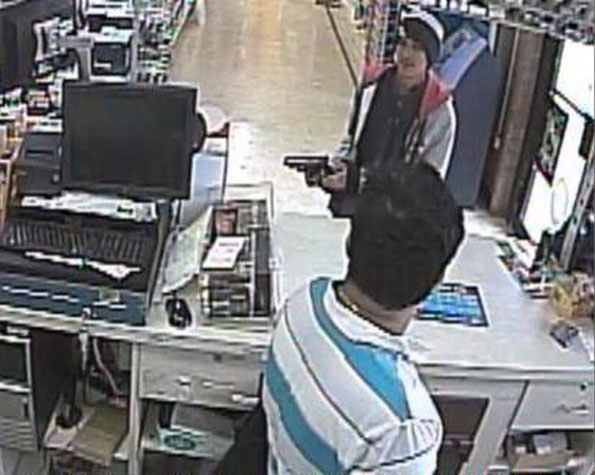 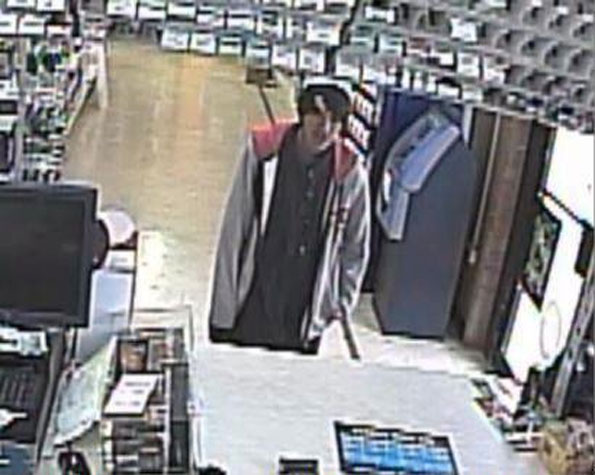