A suspect in an armed robbery and stabbing of a cab driver in Park Ridge has been arrested and charged with one count of felony armed robbery after he was arrested while he was walking in the 2000 block of Jarvis Avenue in the Rogers Park neighborhood, just west of Pottawattomie Park. 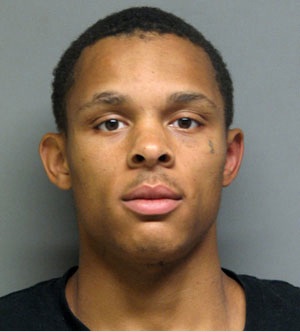 In a report from Park Ridge police, suspect Antonio C. Olivier hailed a taxi cab August 22, 2012 in the 2000 block of West Birchwood in Chicago. After he asked for a ride to O’Hare International Airport, Olivier allegedly directed the driver to stop near the intersection of Elm Street and Wisner Street. The offender allegedly told the cab driver about 9:38 p.m. that he wanted to say good-bye to some family members. Olivier then allegedly demanded money and stabbed the 42-year-old cab driver in the side of the head and stomach with a knife, while threatening to kill the driver if he did not turn over money. The driver complied — giving Olivier about $65. Olivier fled westbound from the scene. Police searched the area with assistance from Buffalo Grove police and Rosemont police K-9 units.

The driver was transported to Level I Trauma Center Advocate Lutheran General Hospital in Park Ridge with injuries that were described by police as “non-life threatening, but serious.”

No word on the connection that identified the suspect in Rogers Park. Additional charges, including aggravated battery for the stabbing, are being reviewed with Park Ridge police by the Cook County State’s Attorney’s Office.