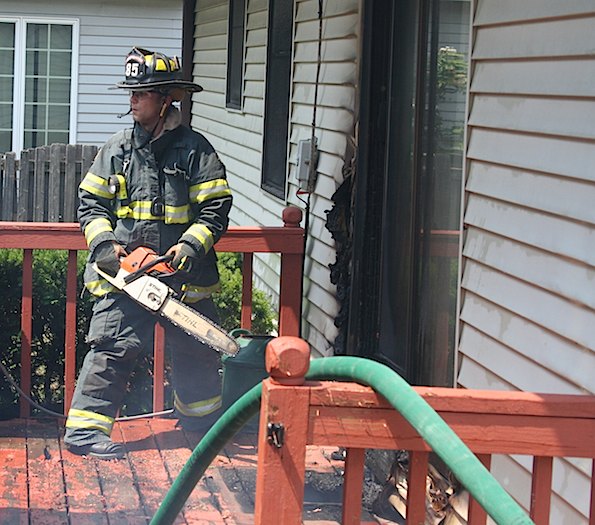 Firefighter uses a power saw and an ax (later) to check for extension and confirm that the fire is out on a patio deck (more photos on Facebook.com/CardinalEmergencies).

Buffalo Grove police and firefighter/paramedics responded about 1:48 p.m. Monday to a report of a house fire in the 200 block of Navajo Trail. Buffalo Grove firefighters arrived on the scene and reported smoke showing from the rear of a one-story house. Firefighters discovered a fire on a patio deck, but prevented the fire from spreading to the inside of the house. Smoke filled the basement, but no fire was reported in the basement.

Firefighters tore up part of the deck to check for extension of the fire, and confirm that the fire was extinguished.

Firefighters from Arlington Heights, Barrington, Lincolnshire-Riverwoods, Long Grove, Palatine and others assisted Buffalo Grove firefighters either at the fire scene or responding to other calls in the Village of Buffalo Grove. 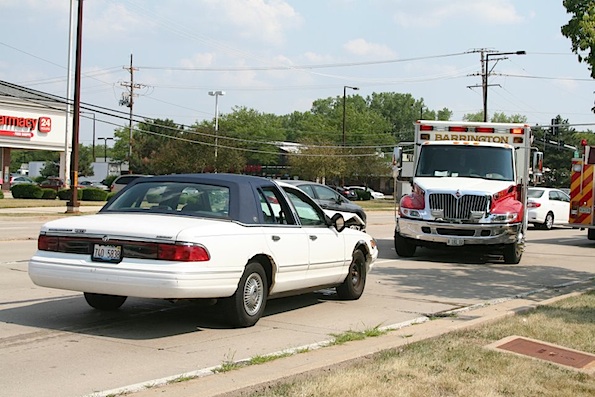