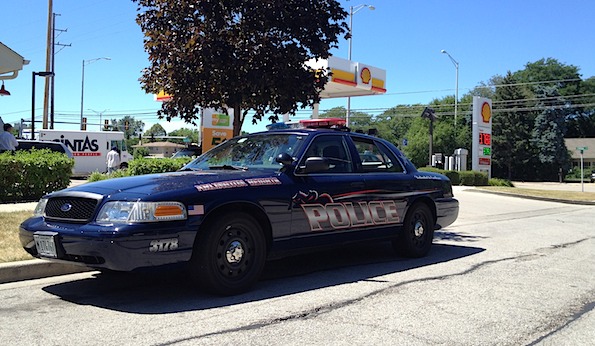 Police guarding the scene and gathering evidence after a reported assault of a female victim inside the Shell gas station store on Central Road, east of Arlington Heights Road.

Arlington Heights police responded about 12:49 p.m. Monday to a report of an assault at the Shell gas station, 301 East Central Road (formerly a Citgo station). Police received a report that a woman was grabbed by the neck and hair by a male offender. The woman reported she was able to escape when a customer arrived. The female victim called police from another location. Police transported both offender and victim to Arlington Heights Police Department Headquarters for investigation.

Crime scene investigators were on the scene Monday afternoon gathering evidence inside the gas station store.

Evidence gathered at the Shell gas station after reported assault inside the store at 301 East Central Road.