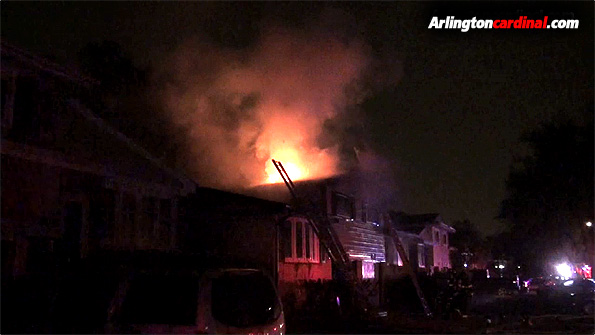 Arlington Heights firefighters fighting an interior attack for a fire apparently caused by a lightning strike on North Drury Lane about 2:30 a.m. Friday, May 4, 2012.

Firefighters on the driveway prepare to go to the roof of a duplex to ventilate the roof and fight the fire with a line on the roof.

Arlington Heights firefighters put a quick stop on a roof and attic fire that was apparently caused by a lightning strike about 2:30 a.m. Friday. Did you hear the thunder? Even though the rain and thunderstorms were ending, an intense, bright flash and cloud-to-ground lightning strike hit the area and apparently caused serious house fire. The heaviest thunderstorms trained south of the northwest suburbs but affected Schaumburg, Hoffman Estates, Morton Grove, Lincolnwood, Harwood Heights and other suburbs south of Arlington Heights were hit with hail, heavy rain, high winds and intense lightning.

The Arlington Heights lightning strike was nature’s encore for our area, which only experienced moderate rain and no severe thunderstorms. The stormy weather was almost finished when the duplex house on Drury Lane was hit, and seven residents had to evacuate their homes. See the report on the fire, including video, at The Cardinal Duplex House Fire After Lightning Strike on Drury Ln, Arlington Heights; 7 Residents Escape … 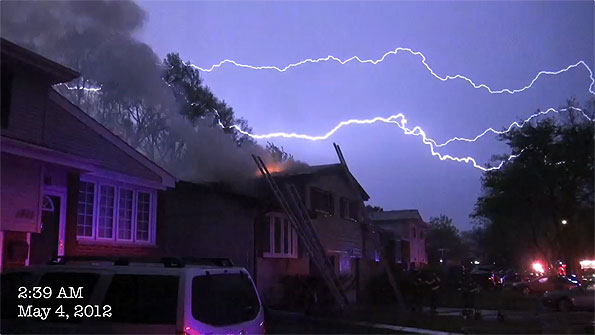 Intense cloud-to-cloud lightning provided a backdrop for firefighters that braved the danger of a house fire and lightning from a thunderstorm. 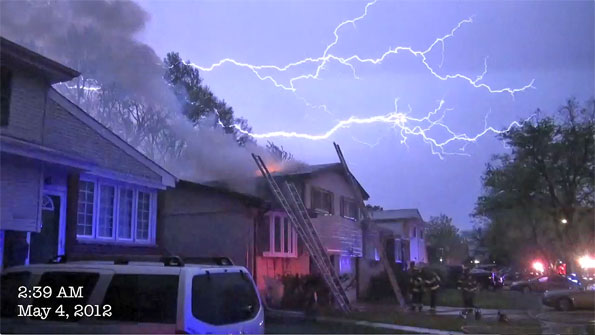 Lighting like a spider during a long streak of cloud-tp-cloud lightning after an earlier cloud-to-cloud strike ignited a duplex home. 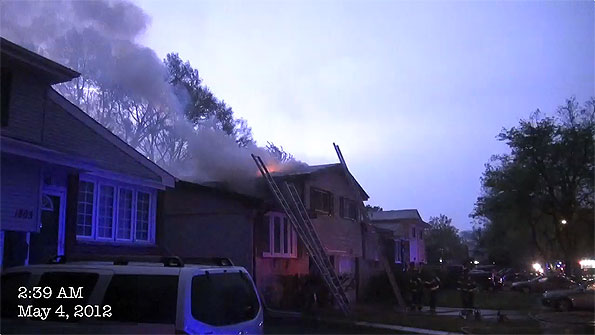 A frame in time looks like daylight at 2:39 a.m. Friday morning. 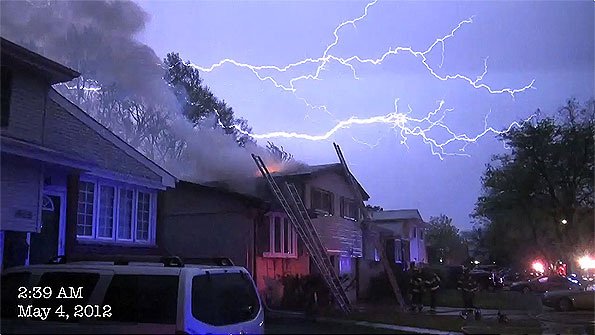 Nature finishes its display of danger.