A perigee is the point in orbit that an object makes its closest approach to earth. The Moon is full while in perigee about once every 412 days. The perigee doesn’t always happen at the same time as a full Moon. A supermoon, is the coincidence of a Full Moon (or a New Moon) with perigee. The actual time of the coincidence was at 11:35 p.m. Saturday, May 5, 2012.

Over the northwest suburbs, moonrise was blocked by clouds. However, later in the middle of the night, the skies cleared, except for some foggy conditions with visibility down to five-to-eight miles. The foggy conditions caused a darkened Moon — still super-sized, but not super-bright. The fog thickened at sunrise (about 5:42 a.m.), which was eight minutes before moonset (5:50 a.m.). The Moon was totally obscured at moonset. 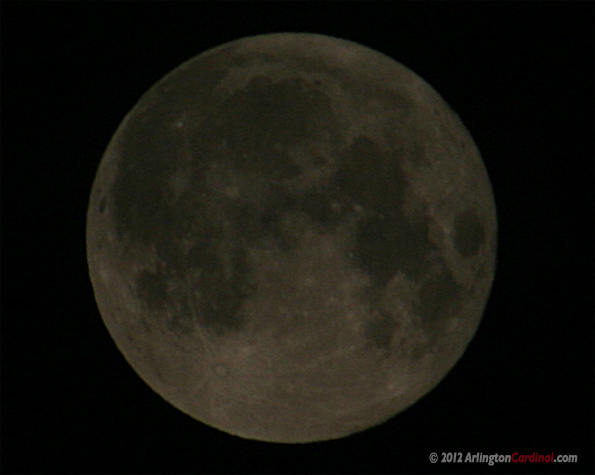