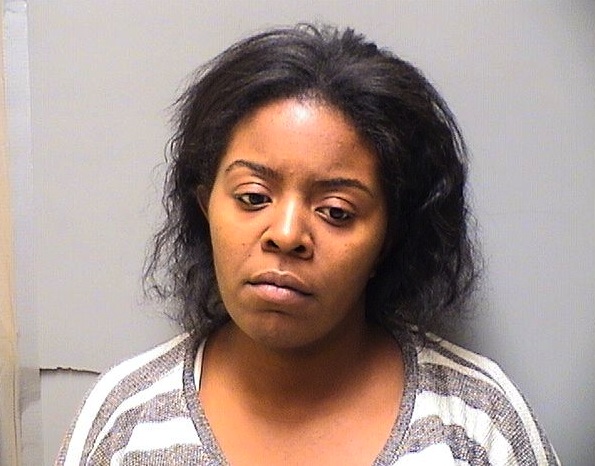 In police photo, Leandria Williams might be thinking, “How was I supposed to know they have people double-checking this state lottery stuff?”

Last week, felony charges for wire fraud were approved for Williams who is accused of falsifying documents in an attempt to claim winnings in the $656 million dollar lottery that was drawn last month. On April 4th, an Investigator for the Illinois Department of Lottery contacted
the Cook County Sheriff’s Police alerting them that a woman came into the Lottery Claims Office in Des Plaines, with a ‘winning’ ticket for the Mega Millions that was drawn on March 30th.

Although at first glance it appeared that Williams had the correct documents needed to claim the prize, the Illinois Department of Lottery stated to the Cook County Sheriff’s Office that according to their system, there were 3 winners for the Mega Millions, and none were from the Chicagoland area.

Lottery logs produced from Northstar Lottery Group, a company affiliated with the Illinois Department of Lottery, showed the receipt for Williams’ purchased ticket was actually produced on March 30th at 10:08pm, which was 8 minutes after the actual Mega Million numbers were drawn. Furthermore, Williams also had an email receipt that she produced to Lottery officials that appeared to have been altered. Lottery Officials informed Williams that she needed to fill out a claim form and that would be sent to Springfield for verification. Williams complied with the request, furnishing them with her fraudulent documents.

On April 16th, Investigators from the Cook County Sheriff’s Office along with the Investigator from the Illinois Department of Lottery met with Williams, and at that time she was taken in to custody without incident. Since Illinois was the first state to sell individual Lottery tickets online last month, this was the first arrest of its kind where a user attempted to game the system.

Williams appeared in Felony Bond Court on April 18th and her bond was set at $10,000. She has been out on bail since April 18th.

Yesterday Williams was indicted on additional charges of attempted theft and forgery. Her next court date is set for May 9th at the Criminal Courthouse located at 2600 S. California.