VIDEO: Hail on a highway north of Amarillo, Texas (Video from Hank Schyma).

A small, but intense thunderstorm struck ranch land between Amarillo, Texas and Dumas, Texas — about 25 miles north of Amarillo. In some areas, hail was two-to four-feet deep. Combined with heavy rain, a river of slush pushed piles of hail that looked like dirty snow onto U.S. 287, where some vehicles became stranded. Southbound U.S. 287 was shut down about 5:00 p.m.

No injuries were reported, but several rescuers responded to several swift water rescue calls. The high temperature for Amarillo, Texas was 80°F, observed at 2:53 p.m. In warm air, the hail sublimed to a dense fog just above the piles of hail, after the storm. 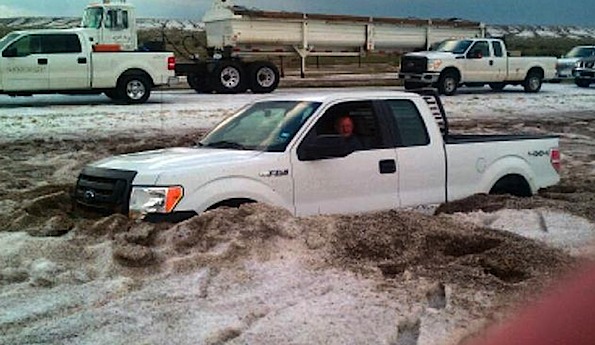 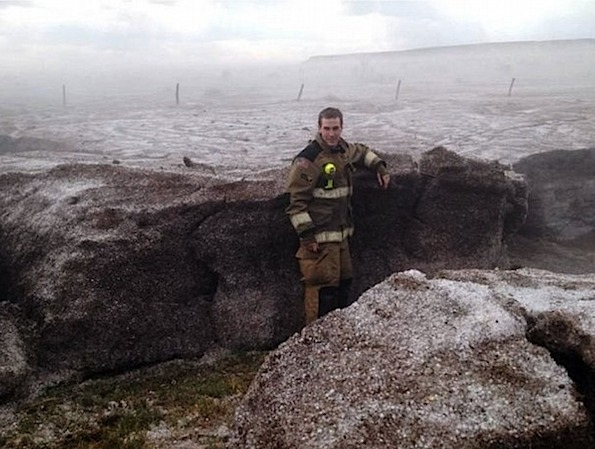 VIDEO: A hail river formed near the Potter County-Moore County line in the Texas Panhandle.

Timelapse from the storms just North of Amarillo that caused the feet of hail and flooding along the Canadian River Valley.