Kildeer police and Lake Zurich firefighter/paramedics responded about 2:39 p.m. Monday to a head-on crash involving a full-size work van and a mini-van with severe front-end damage. The crash also involved two other sedans — one with heavy front-end damage and one with minor damage. At least five ambulances were called to the scene. 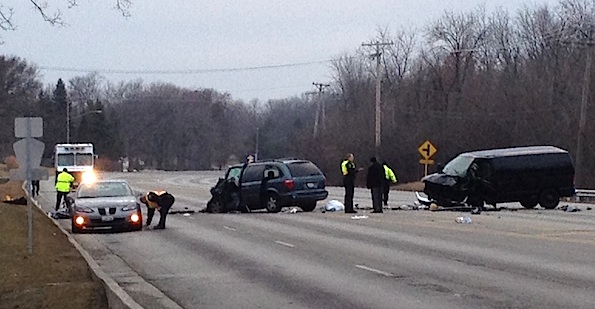 View Larger Map
Crash was about 160 yards west of Rand and Quentin intersection.