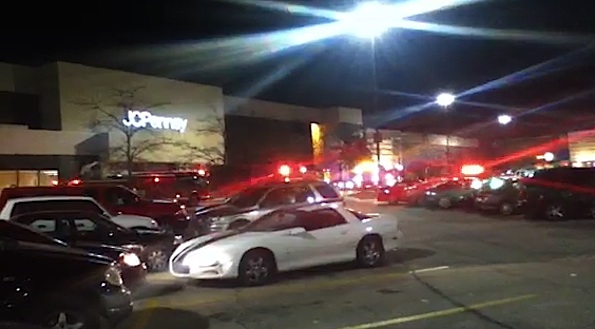 Schaumburg police and firefighter/paramedics responded about 6:21 p.m. Monday to a report of a fire in the first floor girl’s sitting room at JC Penny, Woodfield Mall in Schaumburg. Emergency responders received multiple calls of fire and smoke showing. Firefighters were on the scene outside within four minutes and arrived at the sitting room area within five minutes. Firefighters reported that a small fire was out. No word on whether someone extinguished the fire before firefighters arrived. The store was evacuated and Woodfield Security officers prevented people from entering JC Penny entrances near the fire scene.

No damage to the building was initially observed, but very minor damage to some interior materials, such as a wall, were reported. It appeared some materials on the floor were possibly set on fire or ignited somehow.

Firefighters checked the area with a thermal imaging camera to be certain that fire did not extend anywhere or that no hot spots existed in any materials.

Firefighters and police were investigating to determine whether the fire was intentionally set. Later investigators were focusing on the possible accidental overheating of a light fixture that melted plastic materials.