President Obama says Moammar Gadhafi’s death heralds a new chapter for Libyans, and shows the world how allies working together can succeed in ending the rule of a tyrant.

News broke about 6:00 a.m. CDT that Moammar Gadhafi had either been captured alive or killed.

Warning, graphic video content. Moammar Gadhafi, who ruled Libya with a dictatorial grip for 42 years until he was ousted by his own people in an uprising that turned into a bloody civil war, was killed Thursday by revolutionary fighters.

A number of different reports have so far described how Gadhafi was found and killed. 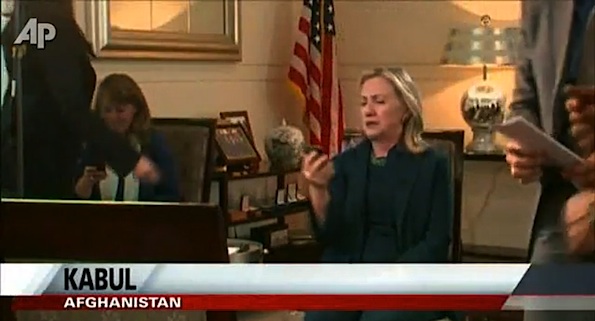 Secretary of State Clinton as she was passed a handheld device with the message of Gadhafi’s death. 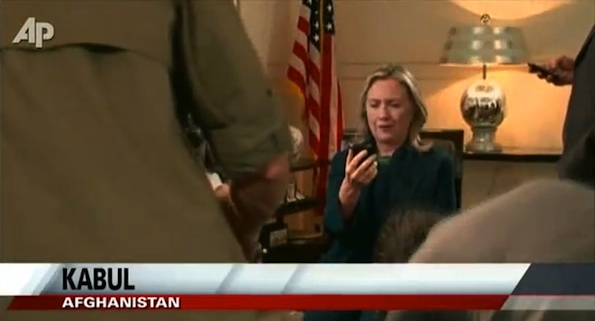 Secretary of State Clinton exclaims, “Wow!” as she learned of Gadhafi’s death. She said the Libyan people would have more breathing room now that he is gone.