Video during accident investigation of crash scene near the intersection of Camp McDonald and Maple Avenue in Prospect Heights.

According to the Cook County Medical Examiner’s office, Elizabeth “Elibeth’ Solis, 16, and Jessica Ferrer, 15, of Arlington Heights have been identified as the two female victims killed in a car vs. tree crash that also killed Freddy Najera, 16, of Mount Prospect. As of early Sunday morning, the identities of the two female teens had not been released. The dead girls were students at Prospect High School in Mount Prospect, but also previously attended John Hersey High School with the two boys in the car.

Autopsies Sunday ruled the deaths were caused by trauma following the striking of a hard, fixed object. The autopsies followed an extensive Accident Investigation from just after the accident about 3:10 a.m. until after 10:00 a.m. Saturday. Three victims (both males and a female) were ejected from a stolen silver 2002 Honda Accord, which was reported stolen from an address about 1.5 miles south of the Prospect Heights crash scene in Mount Prospect. The Honda Accord was reported stolen about 8:20 a.m. Sunday.

Rescue personnel immediately realized there were fatalities, but faced a scattered crash scene in darkness with the uncertainty of how many victims were involved in the crash. Apparently no extrication operations were required. The Wheeling rescue-ambulance paramedics were released a little after 3:30 a.m., and the Prospect Heights fire engine was available on the scene at about the same time. Prospect Heights firefighter/paramedics transported one male victim to Level I Trauma Center Advocate Lutheran General Hospital. The bodies of the three other victims were covered with a white sheet and remained at the scene until about 10:20 a.m. Saturday during Accident Investigation and Crash Reconstruction. Firefighter/paramedics used blue tarps to block the views of bystanders during the removal of the bodies from the scene. 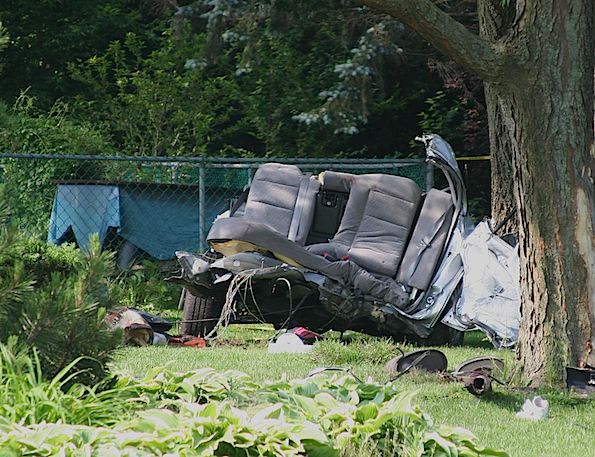 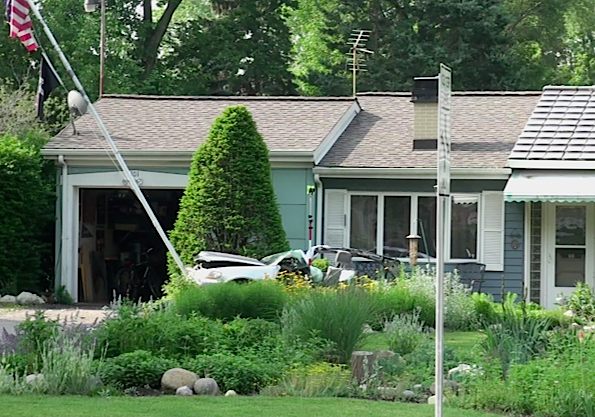 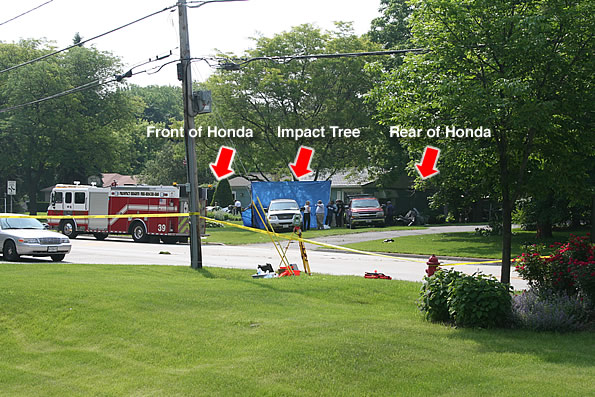