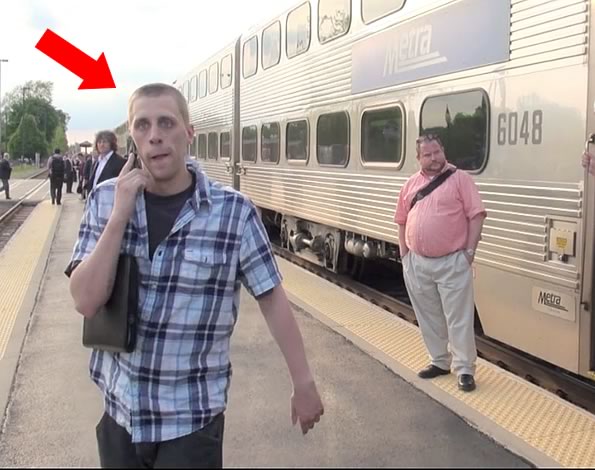 A passenger disembarking on the Metra Train 651, arriving just after 6:30 p.m. Monday at the downtown Arlington Heights station, struck a conductor after “they had words” near the exit of the train. Witnesses said the male/white passenger took a swing at the conductor and hit him in the head. The conductor hit back and the struggle then looked pretty much like a one-on-one hockey brawl, according to witnesses.

Metra train 651 is a long train that stops at Clybourn and then Arlington Heights downtown after leaving Ogilvie Transportation Center in Chicago at 6:01 p.m weeknights. A conductor in the lead car passenger car hustled toward the struggle for backup of the other conductor near a trailing passenger car of the train that was being pushed by a locomotive.

The passenger walked away, and the conductors decided to move the train to its next destination. Apparently the police were not called.