Mount Prospect firefighters and police responded at 8:40 a.m. Friday to a truck vs. train crash at Northwest Highway and Mount Prospect Road. Des Plaines Fire Department also responded on the initial alarm. Mount Prospect police also activated their CERT team for the incident at about 9:30 a.m.

The train came to a rest about 300 yards east of the impact, just west of the Lattoff YMCA. The blue and white truck cab top was split from the chassis and from the dump trailer and remained at the intersection with Mount Prospect Road. The driver was ejected during the crash. His body rested on the ground between the top of the cab and the chassis of the cab and the truck’s trailer. The truck driver’s body was protected by a white sheet and an orange barricade just east of dump truck trailer and just west of the truck’s cab top. Early reports were that truck driver was lying near the intersection at impact.

Initially, a third alarm EMS box for ambulances was requested by Des Plaines Fire Department just before 9:10 a.m. Friday. The EMS alarm was raised to a 5th alarm just before 10:10 a.m. with ambulances returning to the scene from the hospital after they completed transportation of victims. Most injuries appear to be minor. Ambulances from Arlington Heights, Buffalo Grove, Des Plaines, North Maine, Niles, Palatine, Rolling Meadows, Wheeling and other were called to the scene.

Union Pacific stated that it appears that the truck driver was northwestbound on Northwest Highway and made a left turn to southbound Mount Prospect Road. The Union Pacific spokesman also stated that the truck driver ignored the warning system and downed gates, which were functioning normally. The driver had to cross into the northbound lanes of Mount Prospect Road to get around the train gate on the north side of the train tracks. The truck was carrying a load of old concrete that had been removed from another location and was probably heading toward a concrete crusher near O’Hare International Airport. The load of concrete was also scattered about the scene near the severely damage truck.

The entire Union Pacific northwest line was closed in both directions after the crash. 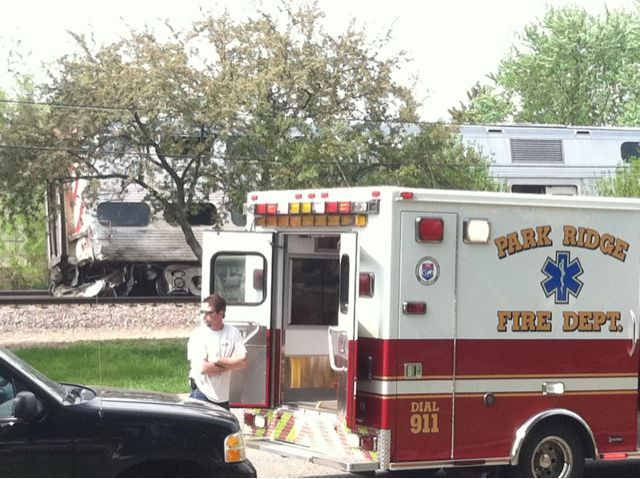 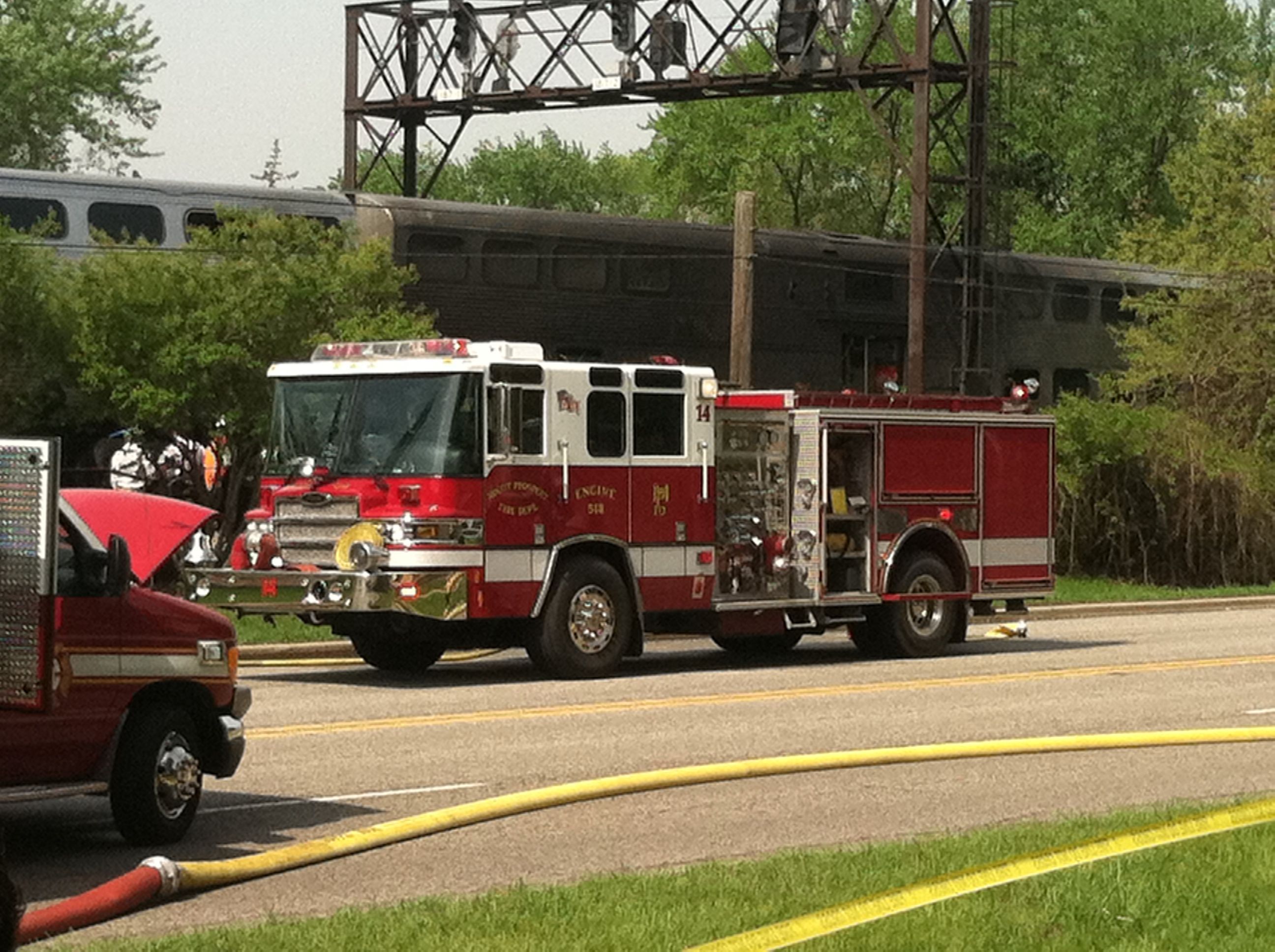