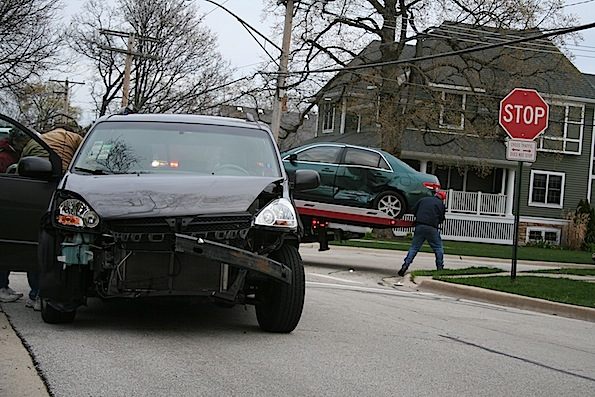 Stop sign with “Cross traffic does not stop” sign where apparently the cross traffic in fact did not stop or could not stop in time to avoid an accident.

Arlington Heights police responded about 6:15 p.m. Thursday to a report of a cash at Dunton Avenue and Hawthorne Street. Police reported a Toyota Sienna minivan and a Honda Accord crashed at the intersection with no injuries.

The Honda had side impact with a broken axle as it was pushed up on the parkway near a fire hydrant. The Toyota Sienna had heavy front-end damage.

It appears one of the vehicles did not stop or yield for a vehicle traveling on Dunton Avenue.