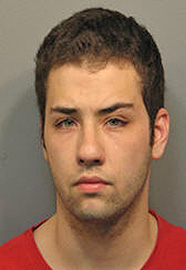 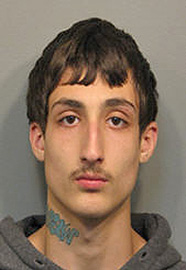 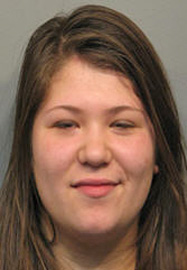 Three suspects have been arrested and named after a vehicle burglary in progress was reported on Windsor, just north of Rand Road Saturday night. Nathan Dorner, 19, of the 2600 block of North Windsor Drive, Eric Elwell, 17, 1300 block of East Waverly Drive, and Hannah Isquierdo, 18, of the 2000 block of North Elizabeth Drive (all Arlington Heights addresses) were charged with burglary to a motor vehicle after police began an investigation of a vehicle burglary that occurred about 11 p.m. Saturday March 19.

Eric Elwell was charged with a second count of burglary after police discovered a cell phone in his possession from a vehicle burglary that was reported the previous week.

Arlington Heights police responded about 11:15 PM Saturday, March 19, to a report of a vehicle burglary in progress in the 2600 block of North Windsor Drive. Police received a report that two male/white subjects, ‘high school age’ gained access to a silver Saab.

Police set up a perimeter in the neighborhood and sent a K-9 unit to track the suspects’ escape route. A GPS device from a victim’s vehicle was tracked by the K-9 in the grass next to the apartment complex swimming pool area.

The police K-9 then tracked down Nathan Dorner at his front door at or near the apartment complex. He was transported to Arlington Heights police headquarters for questioning. Eventually all three admitted a role in the burglaries — Isquierdo was the driver.