Arlington Heights police received a report about 3:00 p.m. Thursday that three or four male/white teens and a female/white teen were playing with a goose on a table at Greens Park, near Olive and Douglas Avenue.

Police were interviewing a group of teens about 3:15 p.m. One of the teens had a camera. 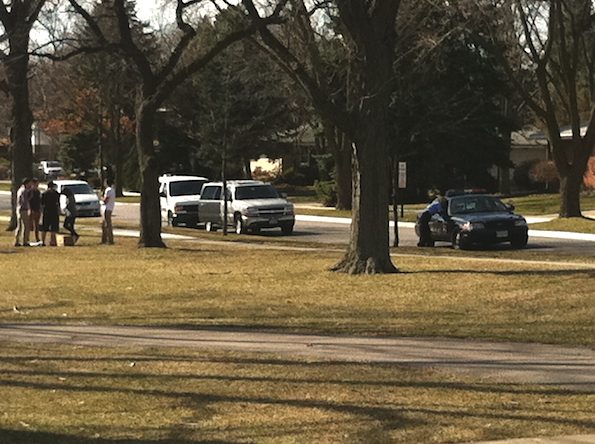 Police interviewing teens at Greens Park — unknown if they were suspects or witnesses or both.

The Arlington Heights Police Department Animal Welfare Officer was also on the scene to recover the goose.