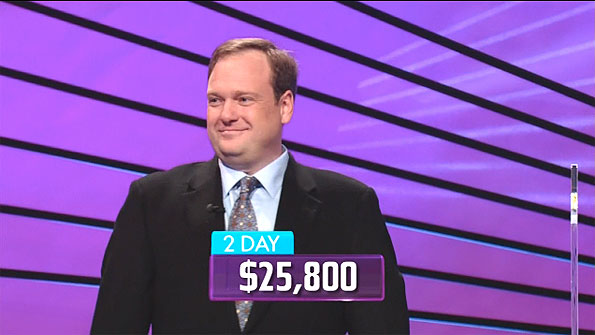 Arlington Heights resident Tony Fox immediately after coming back from behind and taking the lead with Final Jeopardy! and winning for the second consecutive day.*

None of the contestants correctly answered the FINAL JEOPARDY! question …

THE PRESIDENCY
FROM THE SAME STATE,
THEY’RE THE 2 PRESIDENTS
WHOSE OCCUPATIONS
ARE LISTED BY WORLD BOOK AS “PLANTER”

It was smart betting, that gave Tony Fox the win — he lost the least amount of money in the final round.

*Fair use still frame from ABC-TV