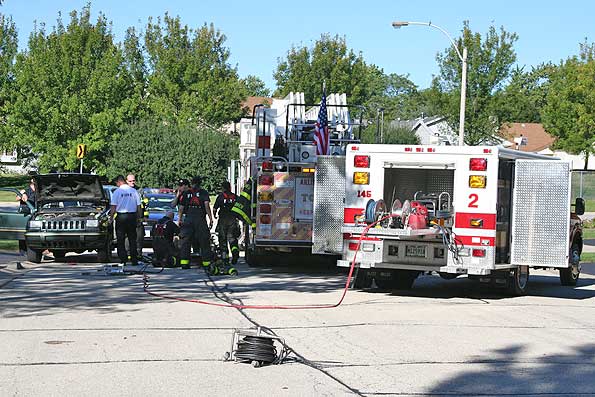 Firefighter/paramedic rescue scene on Orchard Place Thursday morning at curb where Jeep Cherokee undercarriage had man pinned to the street.

Arlington Heights police and firefighter/paramedics responded about 9:10 a.m. Thursday to an accident involving a Jeep Cherokee that rolled off of a jack and trapped the owner under the SUV in the 1700 block of West Orchard Place. Bystanders kept the vehicle from rolling — preventing further injury to the man that was trapped under his Jeep Cherokee. Apparently the transmission casing under the middle of the car was trapping and crushing the man’s arm and chest.

Firefighter/paramedics used extrication equipment “Jaws of Life” and cribbing to lift and stabilize the vehicle off the man. A witness at the scene said there was some bleeding injury. 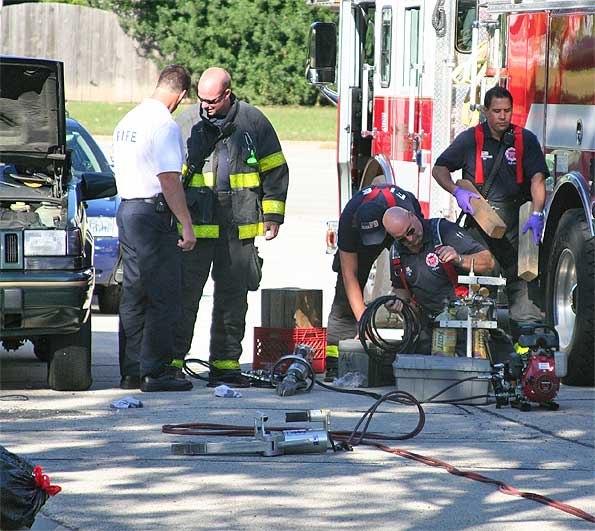 Firefighter/paramedics with ‘Jaws of Life’ in foreground. 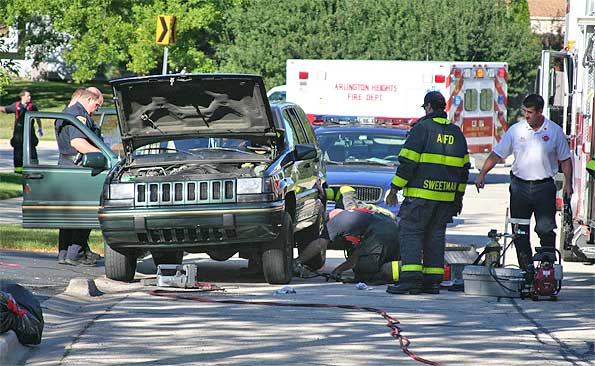