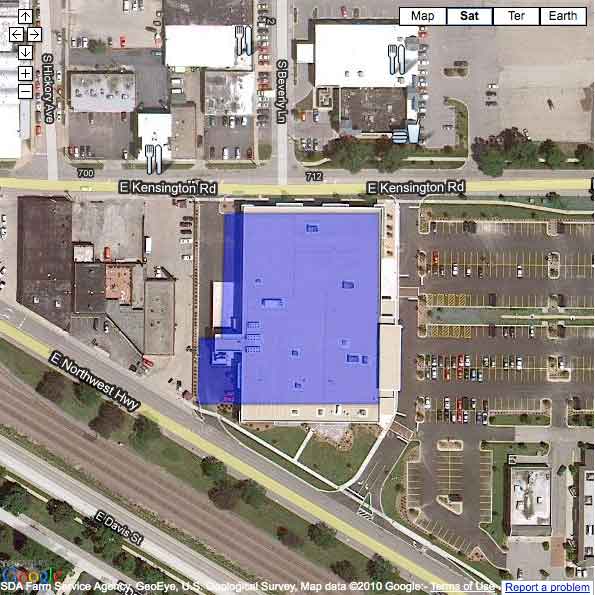 Blue overlay shows the estimated size of Mariano’s that was drawn over the old Lattof Chevrolet building based on a satellite image that still showed the Lattof building. Now the image is updated by Google to show the newly constructed Mariano’s Fresh Market.