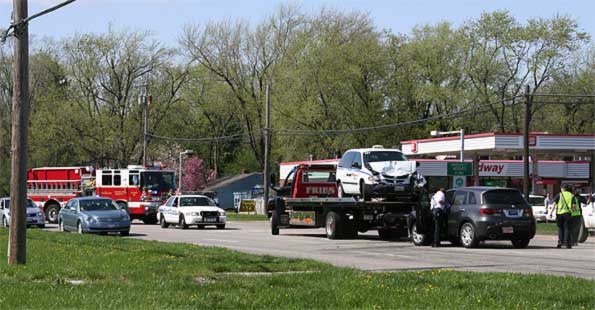 American Taxi minivan and an Acura SUV crashed on Rand Road, near Waterman. 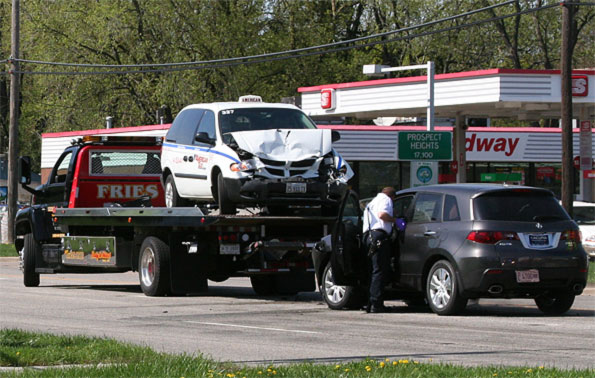 American Taxi on a flatbed tow truck and Acura SUV with dealer plates after crash on Rand Road.