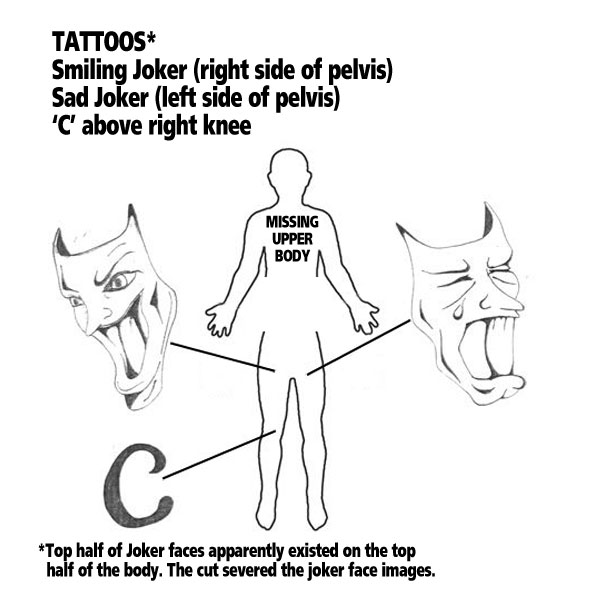 Arlington Heights police released images of the three tattoos that existed on the body with only legs and pelvis were found near a dumpster in a back parking lot at Marketview Apartments, 11 South Dryden Place last Friday about 4:26 p.m.

A letter ‘C’ about one-inch tall was displayed on the man’s right knee.