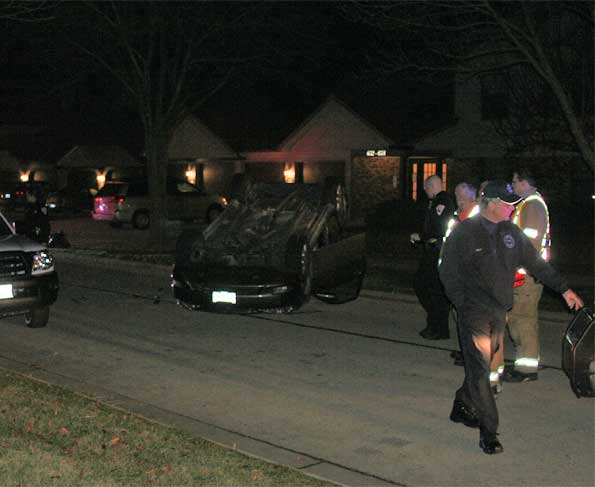 Overturned car after an early morning rollover crash in the 600 block of Hapsfield Lane, Buffalo Grove.

Buffalo Grove police and firefighter/paramedics responded to a rollover crash in the 600 block of Hapsfield Lane just after 5:45 a.m. Tuesday. A utility truck driver pulled to the right to avoid the crash but the truck may have been clipped in the accident. No injuries were reported at the time of the crash.

When emergency officials arrived, the driver, reported to be a female, could not be found. Buffalo Grove police are investigating.