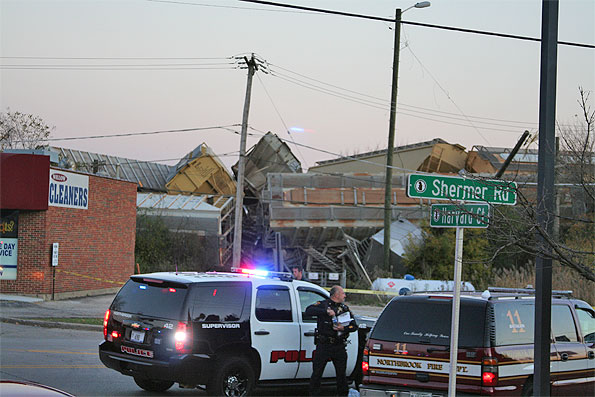 View of a pileup of railroad cars behind a strip mall on the southeast corner of Willow and Shermer Road. 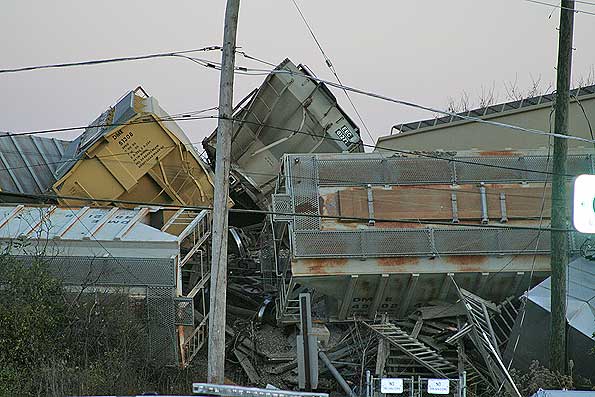 Two freight trains were involved in a major train derailment near Shermer and Willow Road just after 3:00 p.m. Sunday. The derailment involved up to 20 train cars and was also near Glenview to the south. No hazardous materials were known to be leaking, but Northbrook Fire Department and Glenview Fire Department were involved in an extra-alarm HazMat level situation at the beginning of the incident. Several nearby fire departments assisted Northbrook and Glenview for mutual aid. The extra alarm Hazmat was requested about 3:35 p.m. Most mutual aid departments, including Prospect Heights, Skokie, Wheeling, Glencoe and others were returned after determining that the train cars were carrying grain and clay. There was a report that there was one tank car of Jim Beam, but that was not confirmed.

None of the three crew members on the trains had any injuries. No people on the ground were injured.

A strip mall near the southeast corner of Willow and Shermer was evacuated as a precaution. Railroad cars were piled up like toys precariously over two undamaged tanks of propane gas and a railroad shed that had already been damaged. The propane tanks were removed before any removal of the rail cars. The truck that removed the propane tanks was stuck in the mud for a short time. Grosse Pointe Towing was called to pull the truck out of the mud.

The northbound train, which had four trailing cars derailed, had five locomotives stopped just south of Techny Road near the back lot of Herrmann Tennis Academy at Janke Drive and Carlson Drive. The locomotives had the markings of Iowa Chicago & Eastern.

The southbound locomotives were not visible from public areas, but were probably just southwest of the viaduct of the railroad tracks over Shermer Road. Fourteen cars derailed from the southbound train. Two cars fell to the ground on or near Shermer Road. Four railroad cars rolled over onto railroad property, spilling grain and clay. Local animals, such as skunks and groundhogs had a feast for short time while eating some of the grain. 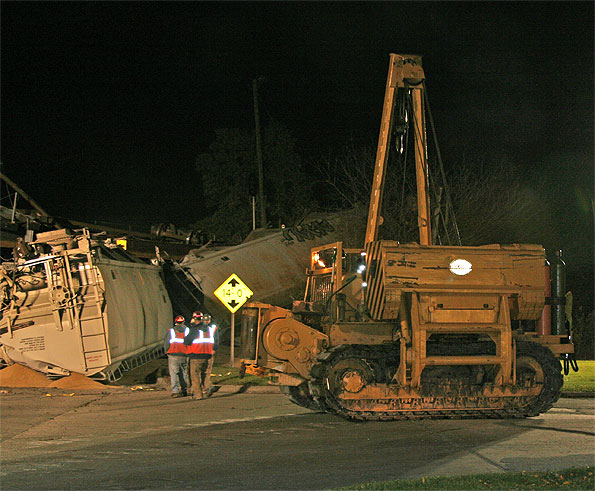 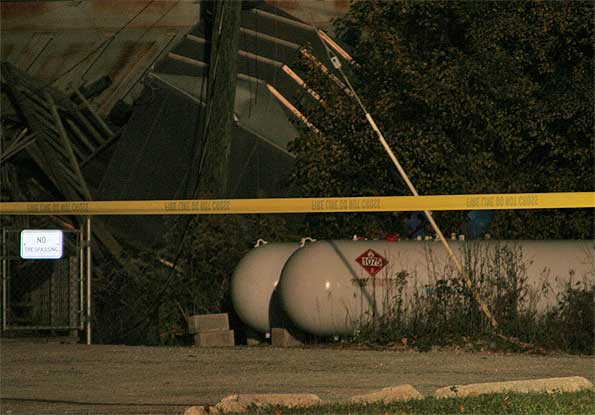 The biggest concern for firefighters was removing propane tanks to eliminate any chance that railroad cars would settle or fall onto two highly flammable propane liquefied petroleum gas (1075) tanks. 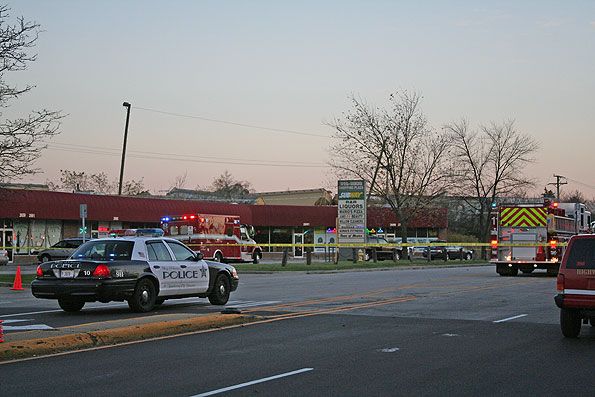 A string of about 20 railroad cars were derailed behind a strip mall at the southeast corner of Willow Road and Shermer Road.

Metra is not directly affected by the accident because it is on a separate railway just east of this location. Amtrak does use the same railway as the railway that was damaged in the derailment. Amtrak has developed a workaround traveling on different train tracks in the area. 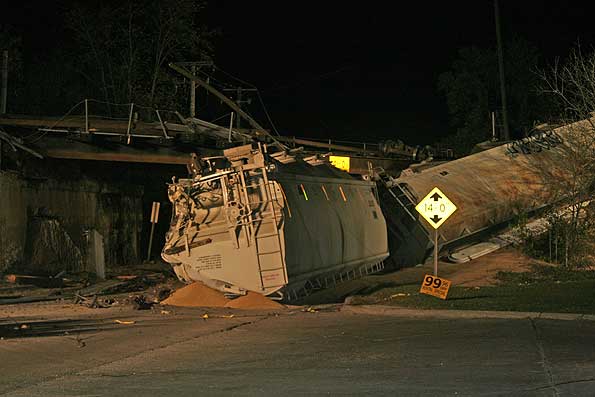 Grain car with grain spilled out of the train car, just south of the viaduct where train cars rolled off of the track on the bridge down to Shermer Road below. 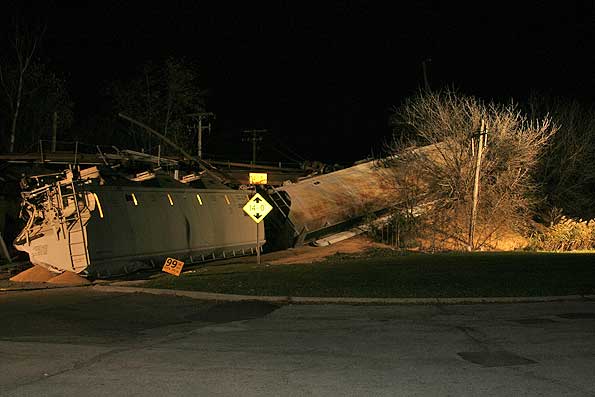 Several raccoons, skunks and other small animals had a Thanksgiving feast early, and were seen gobbling on grain that spilled from the railroad cars. Wrecking crews were waiting for the two propane tanks to be safely removed they could begin to remove the train cars from the area. 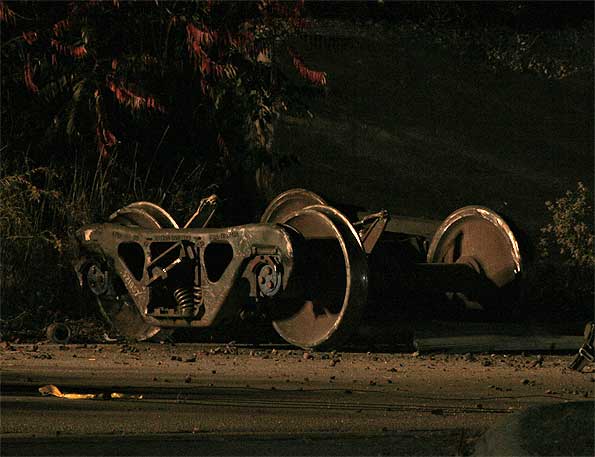 Wheels knocked loose, just south of the Sherman Road viaduct where railroad cars were thrown off of the railroad tracks.

Official vehicles from Canadian Pacific and Union Pacific were on the scene Sunday.

Shermer Road was closed between West Lake Avenue and Willow Road, and may be closed for several days to clear the train cars and secure the bridge. Additional closure for Shermer Road will be needed for bridge construction, as well.