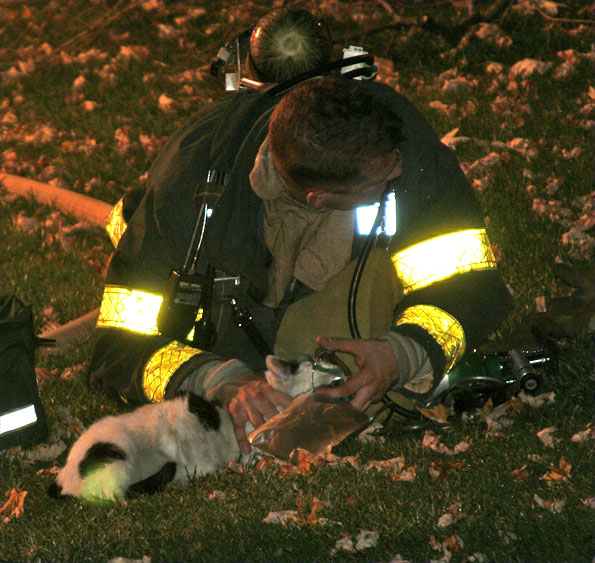 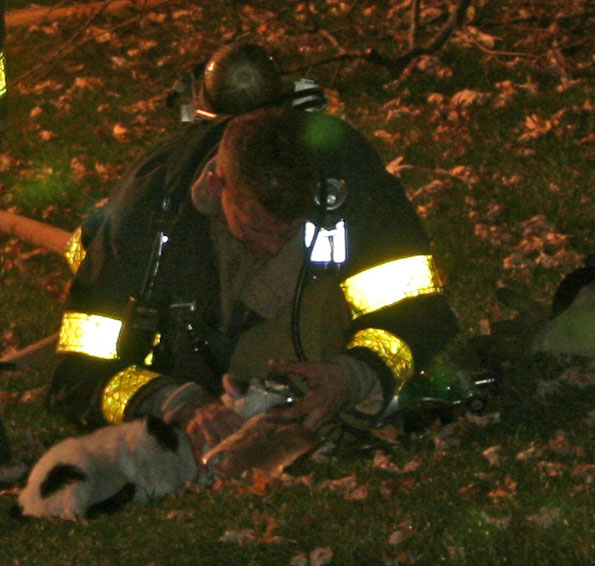 Video of fire scene operations and treatment of two of three cats that were rescued Friday night.

A sofa was fully involved with fire and was extinguished and removed to the balcony. The metal frame with all padding and upholstery burned away was visible leaning against the balcony railing.

A second woman was held for observation in a second rescue-ambulance. One firefighter was treated with oxygen at the rehabilitation ambulance at the scene. 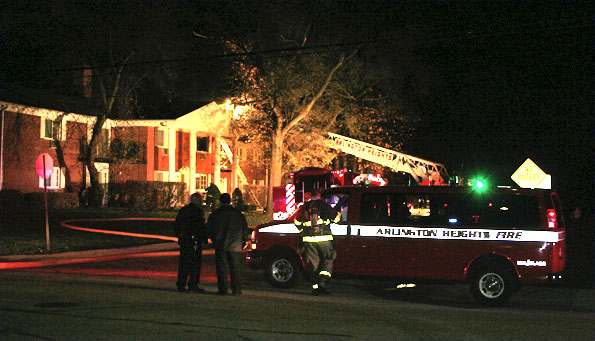 Fire scene viewed from the corner of Miner and Lincoln in Arlington Heights.

The fire may have been caused by an accident with a cigarette.