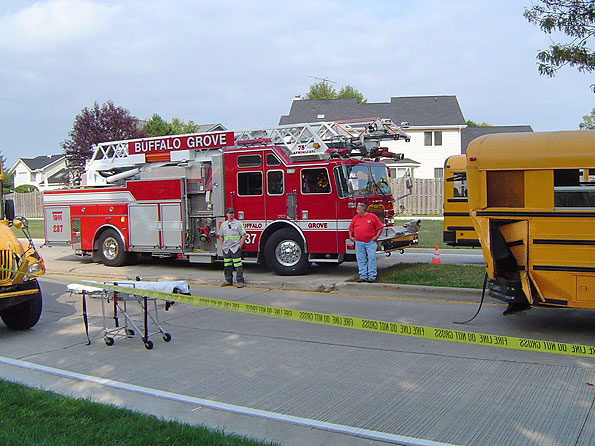 Buffalo Grove Police Department and Fire Department responding about 2:50 p.m. Friday to a rear-end collision involving three buses on Buffalo Grove Road between Deerfield and Aptakistic. Reports of glass broken inside a bus with children on-board. Initially three children were reported injured, but eventually over 10 children were transported to area hospitals. Likely minor injuries, but not confirmed. The buses were transporting children from Twin Groves Middle School.

Buffalo Grove Road was shut down at Deerfield. 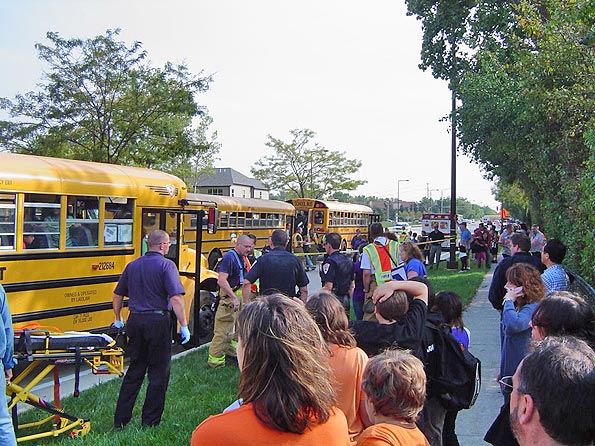 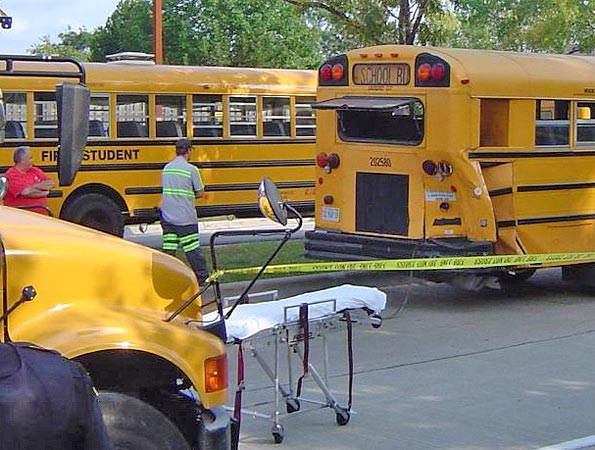 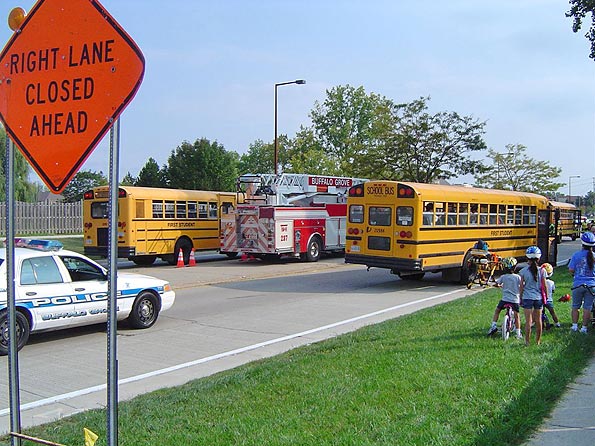 Bus crash showing RIGHT LANE CLOSE AHEAD warning sign near the scene of the crash. Photo courtesy of D. Stamatova/Eurochicago.com.