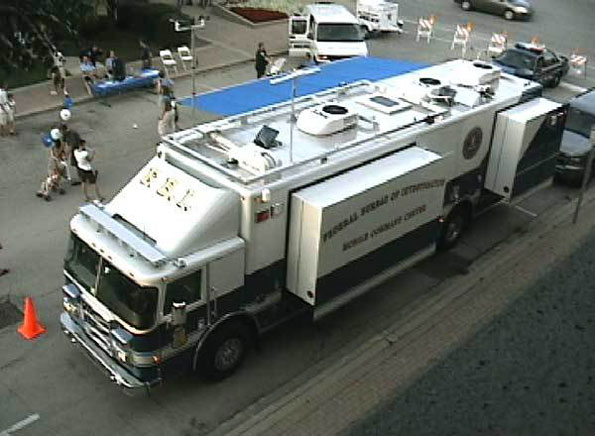 Join in a community partnership with the Police Department by participating in National Night Out held on Tuesday, August 4, from 5:30 p.m. – 8:30 p.m. in North School Park, at Arlington Heights Road and Eastman Street.

The event, co-sponsored by the Arlington Heights Park District, includes demonstrations and activities that help heighten awareness of anticrime efforts and also help educate the public on the many facets of police work. The National Association of Town Watch and Target Stores sponsor this event nationally.

The following agencies, departments and units are scheduled for the event:
Illinois CHIP Program sponsored by the Illinois Masons will provide parents with a free disc containing their child’s fingerprints, photograph and voice sample. A DNA sample can also be requested.

The Arlington Heights Fire Department will conduct a repelling rescue demonstration from a ladder truck.

The Cook County Sheriff’s Bomb Squad will display their equipment which may include an isolation chamber and robot.

Union Pacific Railroad will have a display.

The United States Army will be bringing four demonstration units where people can play Guitar Hero against Army personnel, shoot a simulated anti-tank missile, operate a specialized robot or get a dog tag with their information on it.