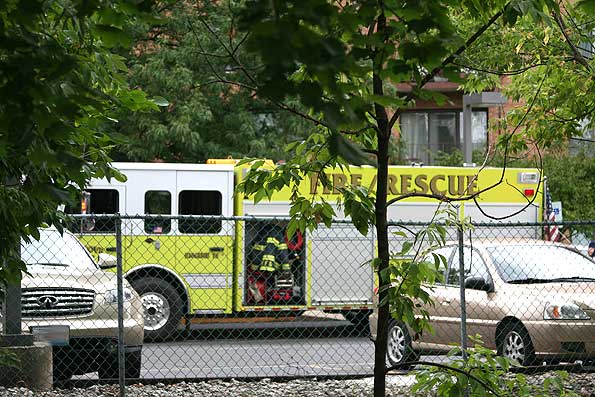 Residents waiting to get permission back into their apartment/condos at Crystal Tower Condominiums stand between a Mount Prospect fire squad and an Elk Grove Township fire engine.

Mount Prospect Fire Department fought an apartment just after 3 p.m. Wednesday and quickly put out the fire. Upon arrival, Mount Prospect firefighters reported light smoke in the air coming from a seven-story apartment style condominium building. Firefighters searched all floors for safety, and evacuated the building. Firefighters also checked the carbon monoxide levels in the building after putting out the fire to make sure levels were safe before people were allowed back in the building. Most people waited outside on a lawn area, but an air conditioned bus was available on this warm and humid Wednesday.