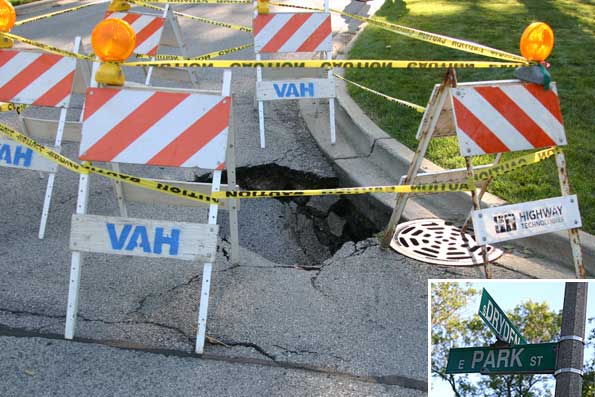 Street collapse at the northwest corner of Park and Dryden snagged an SUV.

Arlington Heights police received a report about 2:10 p.m. that the street collapsed near the curb of the northwest corner of Park Street and Dryden Avenue. In fact an SUV collapsed the street, but was able to get out on its own. Neighbors said they noticed the street sagging about one week ago. 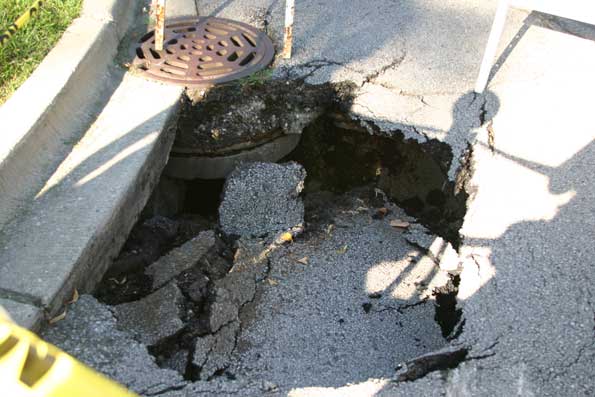 A hole to be avoided, especially by a bicycle at night, at Dryden Avenue and Park Street.