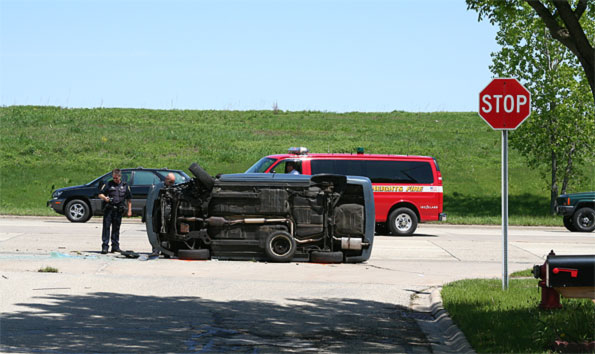 Arlington Heights police and firefighter/paramedics responded to a single car rollover accident at the intersection of Lake Cook Road and Ridge Avenue just before 10:40 a.m. Sunday. A passerby and police first responders held the car, which was resting on the passenger’s side, to keep it from crushing the driver’s ankle, according to neighborhood witnesses at the scene. The ankle was near a passenger’s side window and at risk of being crushed between the car and the pavement.

Firefighter/paramedics arrived quickly and stabilized the car with cribbing and proceeded to extricate and rescue the accident victim from the vehicle. The victim was transported to the Level One Trauma Center Advocate Lutheran General Hospital.

The accident vehicle, a Saturn S-Series Twin Cam, was eastbound on Lake Cook Road and jumped the curb, traveled a direct hit to cause snapping of a young tree, proceeded another 100 yards and hit a larger tree. The larger tree was uprooted and snapped and the impact knocked off a rear wheel, which cartwheeled the car to rest in the middle of Ridge Avenue at the intersection of Ridge and Lake Cook Road. 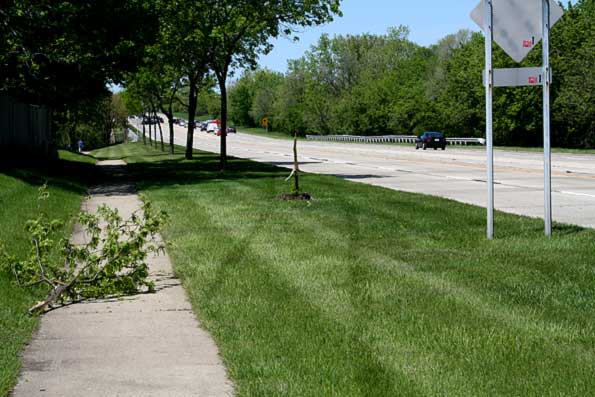 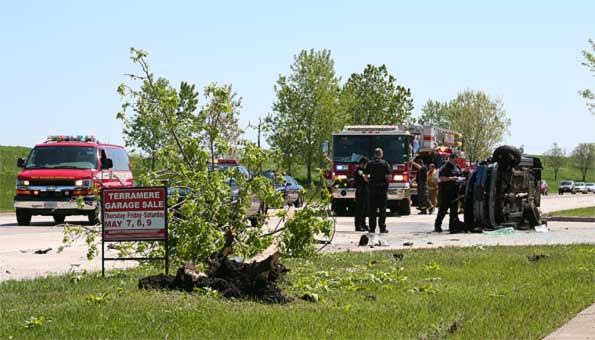 Second tree hit by accident vehicle with the car and rescue vehicles at the accident scene. 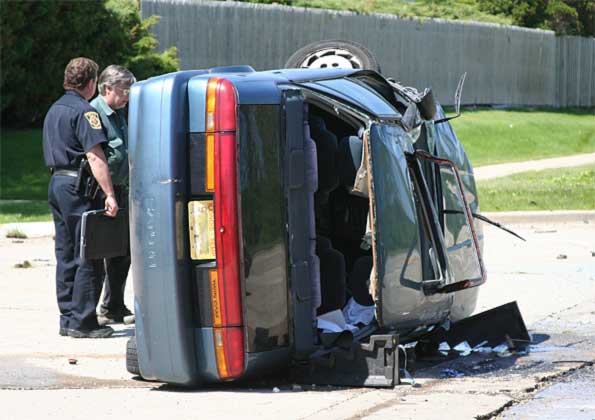 Get a “DON’T DRINK & DRIVE MUG” from STREETSOFARLINGTON.COM