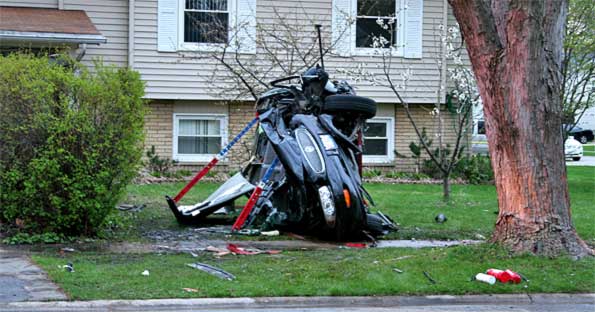 A Buick rests on its side after hitting a tree on the southeast corner of Hawthorne and MacArthur.

Buffalo Grove police and firefighter/paramedics received a report about 6:30 p.m. Monday of a car crashed into a tree in the 300 block of Hawthorne Road. Police arrived on the scene first to find a woman trapped inside the car with the car on fire. Firefighters arrived immediately after the police and were working to extinguish the fire while paramedics treated the female victim. Firefighters worked a second hose line to keep flames away from the victim, while firefighters on the first hose line worked to put out the fire. The vehicle was rolled on its side from the crash, so firefighters stabilized the vehicle and began extrication operations while paramedics treated the woman, and other firefighters kept the fire suppressed. The female victim was extricated from the car just before 6:55 p.m. Monday and was transported to Level I Trauma Center Advocate Lutheran General Hospital. 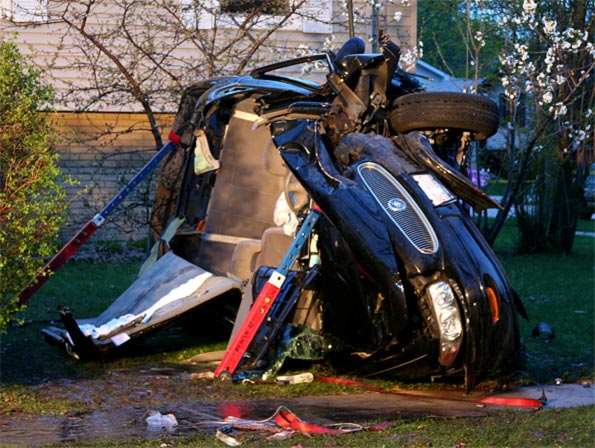 Buffalo Grove police and the Major Case Assistance Team (MCAT) use Buffalo Grove Fire Department’s Tower Ladder truck to photo the crash vehicle, the path of the car before the crash, and the surrounding scene. 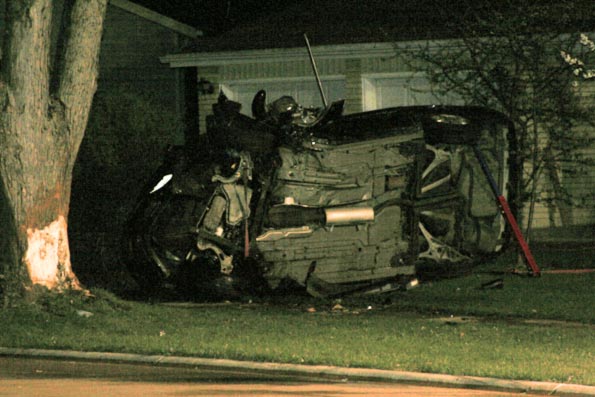 Bottom of the Buick showing gouge on tree where the car impacted the tree.