On Monday November 18, 2019, members of the Lake County Sheriff’s Warrants Team and Patrol Division executed an Emergency Firearms Restraining Order/Search Warrant at a residence in the block of 26300 North Diamond Lake Road, unincorporated Mundelein. Deputies seized a 12-gauge shotgun, SKS rifle, and semiautomatic pistol from a residence belonging to a man who is a convicted felon with a revoked FOID card.

On Sunday November 17, 2019, Lake County Sheriff’s Deputies responded to the above address regarding someone who wanted to report their neighbor’s behavior had become increasingly concerning.

The witnesses reported their neighbor, George L. Silva, 48, of the block of 26300 North Diamond Lake Road, on several recent occasions walked around his yard during the evening, with a flashlight, yelling at intruders. According to the neighbors there were no intruders and Silva was yelling at nobody. During one of the occasions, Silva, armed with a semiautomatic firearm, solicited assistance from a neighbor to search for the “intruder.” The neighbors became very concerned with the fact Silva was acting irrationally and in possession of a firearm.

“Our Patrol Division quickly recognized this individual posed a substantial risk to the community. Given the circumstances, deputies moved swiftly to petition the Court for an emergency firearms restraining order and search warrant, and when executed resulted in three illegally possessed firearms being seized. This is a textbook case of the importance of the new red flag laws in Illinois.”

Lake County Sheriff’s Office: All defendants a presumed innocent unless proven guilty in a court of law. 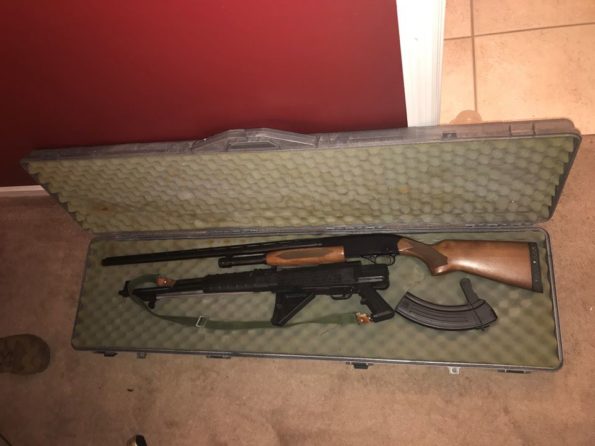