Police and firefighter/paramedics from Rolling Meadows responded about 9:41 a.m. Thursday October 10, 2019 to a report that a suspicious package was delivered by the US Postal Service to a business at 1835 North Rohlwing Road in Rolling Meadows.

UPDATE: According to Rolling Meadows Fire Department Chief Terry Valentino, the Hazmat Team collected a sample and identified the material as a common household product that can be purchased at a store. The identity of the substance was not initially released to the public. The material was described as having no hazardous or etiological significance in the manner that people were exposed. Three people may be decontaminated as a precaution, including the person who opened the mail, another person that assisted the person that opened the mail, and the USPS mail carrier that delivered the envelop. The letter was initially considered a credible threat because of language written on the envelope or letter. Once the substance was identified at about 11:45 a.m., firefighters and hazmat techs began to pick up equipment and clear the scene.

A witness described a powdery white substance was inside a piece of mail and that some of the powder did get on an employee when the employee opened the mail. A witness also said that the envelope had something written with a colorful, threatening language, and something to the effect of “who cares.” The witness said the package was delivered to a law firm. 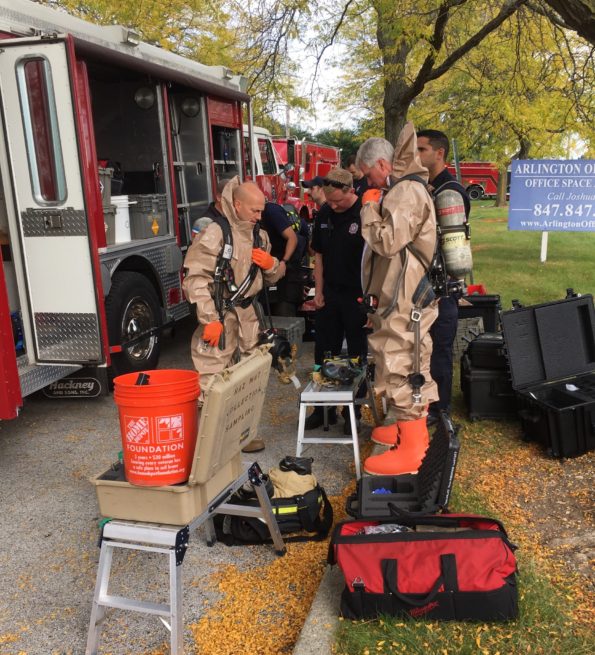 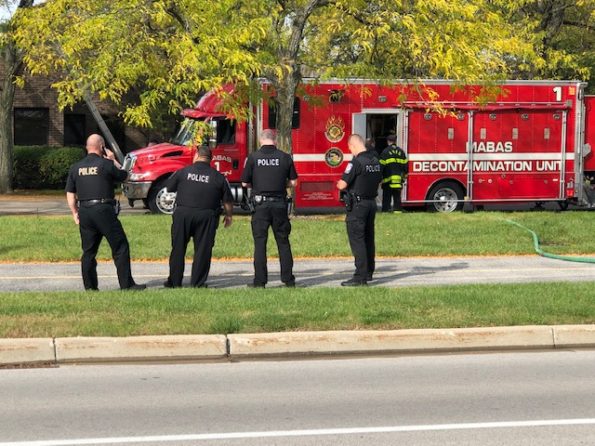 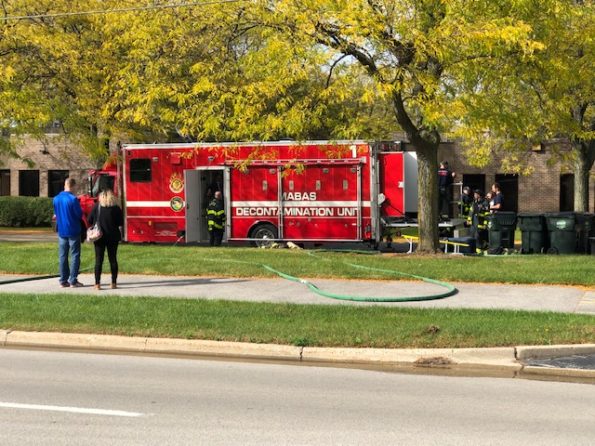 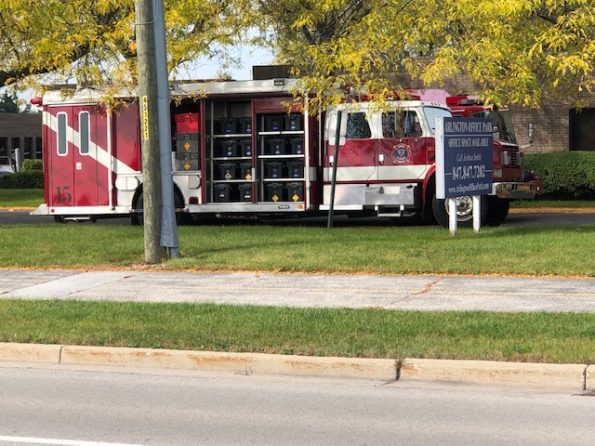