Antonio Jones, 33, of the block of 1000 West 14th Street Chicago pleaded guilty to possession of heroin and residential burglary Wednesday June 26, 2019 in exchange for two 12-year sentences. Jones will serve the sentences concurrently, and received credit for 561 days in custody, according to court records.

Jones and another man were told by a drug-consuming relative of an elderly couple that owned a home on Brittany Drive in Arlington Heights that there was a large sum of money in the house.

Shortly after learning of the large sum of money in the house on Brittany Drive, Jones and another male offender entered the home, wearing masks about 11:25 p.m. Wednesday, May 17, 2017. Police and prosecutors said the two men held the 85-year old man and his 78-year old wife at gunpoint at their residence, forced them to the floor, and acquired $50,000 in the basement at their residence. The whereabouts of the relative at the time of the crime was either not known, or was not revealed by police. The elderly residents were not injured, and the suspects were gone within five minutes. The male offenders fled with the bag containing $50,000, and the couple were able to call police after the offenders left.

At the time of Antonio Jones’ arrest in December 2017, he had on him 51 small plastic bags containing heroin, police said. At a court hearing, it was also revealed that Antonio Jones’ girlfriend purchased a new BMW with $29,000 cash the day after the May 17, 2017 home invasion.

At Rolling Meadows Cook County Circuit Court Wednesday December 13, 2017, Antonio Jones (5’6″ 180 LBS) was ordered held without bail, charged with home invasion and robbery [720 ILCS 5/19-6(a)(3) HOME INVASION/FIREARM], and charged with possession of a controlled substance with intent to deliver. 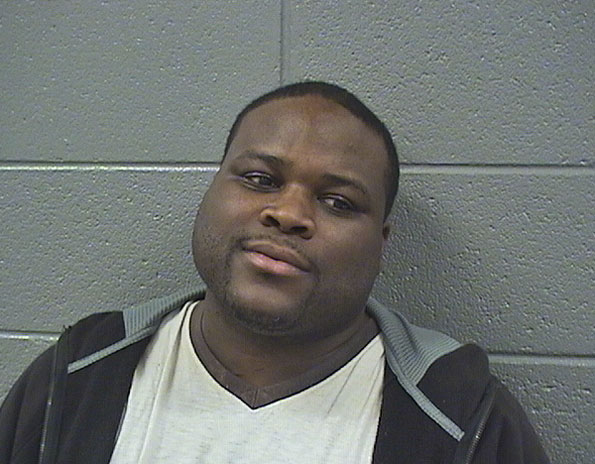