Elgin resident Ryan Ratliff, age 29, was sentenced in Cook County Court to 10 years in prison Wednesday, March 6, 2019 in exchange for pleading guilty to aggravated battery with the discharge of a firearm. Ratliff was accused of shooting a then 26 year-old male victim from McHenry at a shopping center parking lot on Higgins Road just west of Route 59 in Hoffman Estates about 10:30 p.m. Thursday December 1, 2016.

Ratliff received credit for 905 days already in custody. He must serve at least 85 percent of his sentence (over 8 years) before he is eligible for parole.

The shooting victim was treated by Hoffman Estates Fire Department firefighter/paramedics and transported to Level I Trauma Center Advocate Lutheran Hospital, where he was initially listed in critical condition. The male victim from McHenry survived, but prosecutors did not provide any information on his recovery or current condition.

The three male suspects were initially charged with attempted murder, aggravated battery with a firearm, and aggravated robbery. 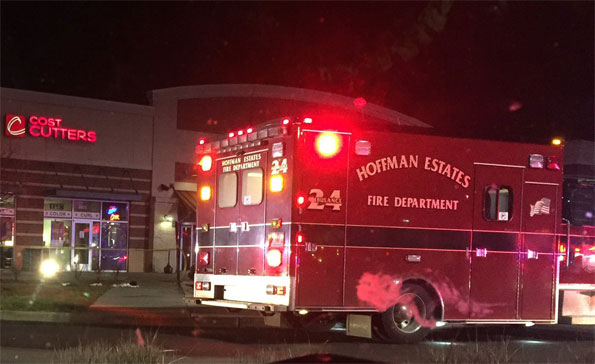 Hoffman Estates police investigated the shooting near Rookies Sports Bar & Grill late Thursday night December 1, 2016 and discovered the victim knew the shooter. Police announced that they did not believe the shooting was a random crime.

The shooting occurred outside with no association with the popular sports bar, located in the Prairie Stone Crossing shopping center at the southwest corner of Higgins Road (Route 72) and Sutton Road (Route 59). Fortunately the sports bar continues to be a favorite sports bar with good food, service and atmosphere, according to multiple Yelp reviews.