A vehicle vs pedestrian crash that killed a 72-year-old man in Niles Thursday night was not a hit-and-run as was initially reported to police.

Nile police reported Friday afternoon that the car vs pedestrian crash that killed a 72-year-old man in on Greenwood Avenue near Betty Terrace in Niles Thursday night December 27, 2018 was not a hit-and-run.

The Cook County Medical Examiner’s Office released the identity of the victim as Michael Potwora of Niles. He was struck and killed while crossing Greenwood Avenue at Betty Terrace just before 6:30 p.m. Thursday.

ABC 7 Chicago reported that a Good Samaritan at the scene, Suzanne Matic, began CPR after the victim was struck. Firefighter/paramedics upon arrival reported that CPR was already being performed as they approached.

Potwora was transported to Level I Trauma Center Lutheran General Hospital in Park Ridge, where he was pronounced dead. 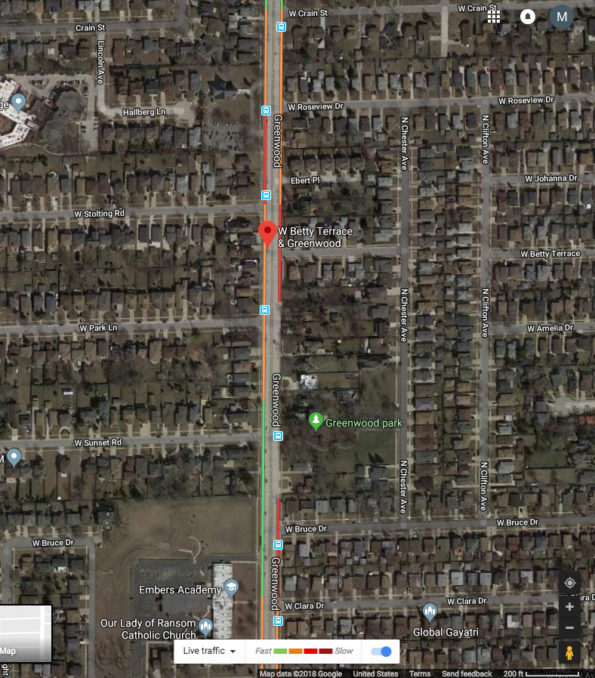