The new Arlington Heights police station opened at 6:30 a.m. Saturday December 22, 2018 with a quiet opening that was complete with that new house smell.

Some finishing work was ongoing in the rear parking garage — which when open for operation — will keep active squad vehicles from being covered with snow or being exposed to other bad weather conditions. Police officers and desk personnel were adapting quickly to their new surroundings. There were still a lot of boxes to unpack Saturday morning. 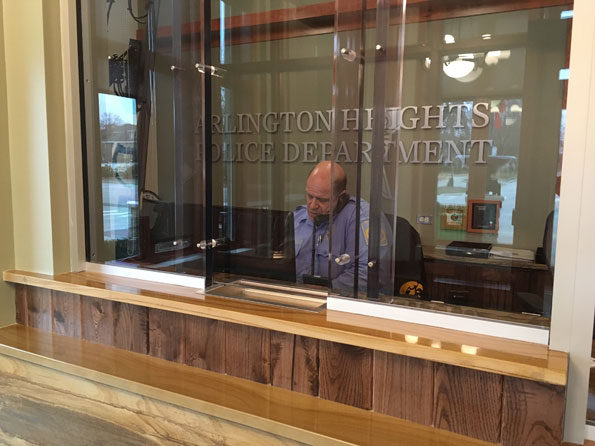