Wauconda police and firefighter/paramedics responded at 7:13 a.m. Tuesday December 25, 2018 to a report that smoke was coming out of a house in the block of 500 Brown Street. Firefighters upon arrival reported smoke showing from the roof of the 2-story home. There were no vehicles in the driveway, and firefighters reported it appeared there was no activity at the house.

A 1.75” hand line was advanced to the front door, and firefighters made entry with the hose line and found the fire on the main level of the residence. Simultaneously another crew of firefighters was assigned to search the house for possible victims.

The Wauconda Fire District Investigation Unit is investigating the fire, and preliminary information indicates that the fire originated in the main level family room and was possibly related unattended candles left burning in the home. Fire damage is estimated at $80,000 and the home was uninhabitable Christmas morning. 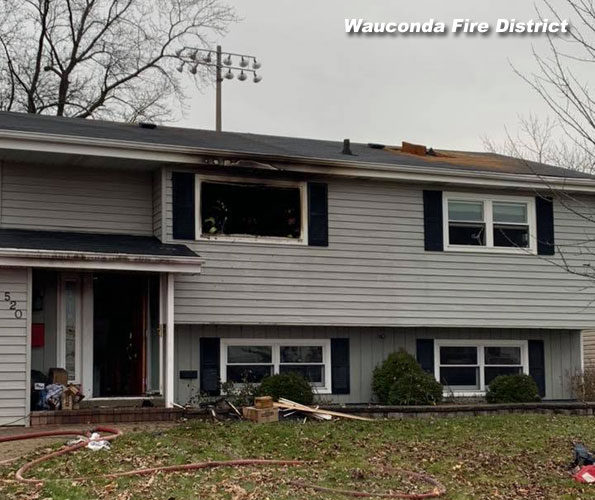